Tyson Fury beat Deontay Wilder with a seventh-round TKO, claiming the win and the title belt. What is next for these two fighters? And what is happening over the next few months on the path to the third and final fight between these two giants?

15 months ago, Tyson Fury, one of the best active British boxers, met Deontay Wilder in the centre of the ring at the Staples Centre. After 12 rounds, the fight ended in a highly controversial draw. 15 months later, and the two met again, this time at the MGM Grand in Las Vegas.

To say the fight was one-sided would be a disservice to Wilder, but the writing was on the wall long before Wilder’s corner threw the towel in, during the seventh round. Considering the build-up leading up to this fight, it can almost be viewed as disappointing.

The first bout between massive heavyweights took place on December 1st 2018. The build-up was incredible, and it was set to be one of the biggest fights of all time. The undefeated champion Wilder put his belts on the line against the undefeated challenger – Fury.

The fight ended in a very controversial draw and both fighters and fans thought each fighter had done enough to win. The draw was booed, a score was misread, and they both remained undefeated (boxing conspiracy theorists would like to think this was the best way to set up a rematch).

A rematch was announced a week after the first match. Negotiations took place over the venue, with both fighters agreeing to fight in the UK if the money was right. More negotiations then took place over the purse, and eventually, in December last year, the rematch was announced to take place on February 22nd 2020, in Las Vegas, at the MGM Grand Casino.

Wilder vs Fury 2, The Rematch

Once again, the second fight was touted as being as big as the first, if not bigger. Considered the most anticipated heavyweight fights of all time, both fighters weighed in heavier than they have before, and the sheer size and strength of each man did not go amiss. Every bar, pub and casino was packed before the bell for the first round rang.

The first round was a little uneventful. Both fighters threw a few punches, feeling each other out. Wilder landed a couple, Fury missed with a few big jabs. The rest of the round was calm before Fury landed a few big blows to Wilder before the bell.

The second round was similar to the first. Both fighters threw some punches, but not much was connecting. Wilder looked a bit cautious as Fury was constantly on the front foot, constantly pushing, and Wilder definitely looked like he didn’t foresee the aggression.

Round 3 had some major fireworks. Wilder was on the back foot from the start. Fury was stalking him the entire time. Fury was definitely looking for the knockout punch, and a big right hand floored Wilder 30 seconds from the bell. Wilder got up but was most definitely hurt.

Round 4 was a bit more relaxed compared to the third. Wilder was rattled, and even more cautious. Fury landed a few more hits, a strong body blow, and was on top throughout the round. Wilder went down again, but it was a slip.

The 5th round saw fireworks once again. Fury landed blow after blow and Wilder was struggling to keep up. He was winding up a massive punch but failed to deliver. Fury landed a massive body shot and dropped Wilder again.

Wilder survived the 10 count but was incredibly unsteady on his feet. In the clinch, there were a few punches to the back of the head, and the ref eventually deducted a point from Fury. At this point it almost made no difference, though – Fury was far ahead.

Round 6 was more of the same. Wilder was defending a bit better, but nothing was stopping the brutal onslaught from Fury. Blood was streaming from Wilder’s left ear, and Fury was barely breaking a sweat.

Round 7 was the Fury show. He was landing punch after punch, Wilder was trying to fight back, but at this stage he was far too slow and injured to do anything. The ref stopped the fight as Wilder’s corner threw in the towel. The TKO victory easily went to Fury, and the crowd went wild.

At the time of the stoppage, Fury was ahead on all three judges scorecards, 59–52, 58–53, and 59–52. Wilder’s ear injury put the fight on the platter for Fury, as Wilder wasn’t close to being able to compete for most of the fight. The sports betting lovers must have lost their minds when Wilder hit the mat. 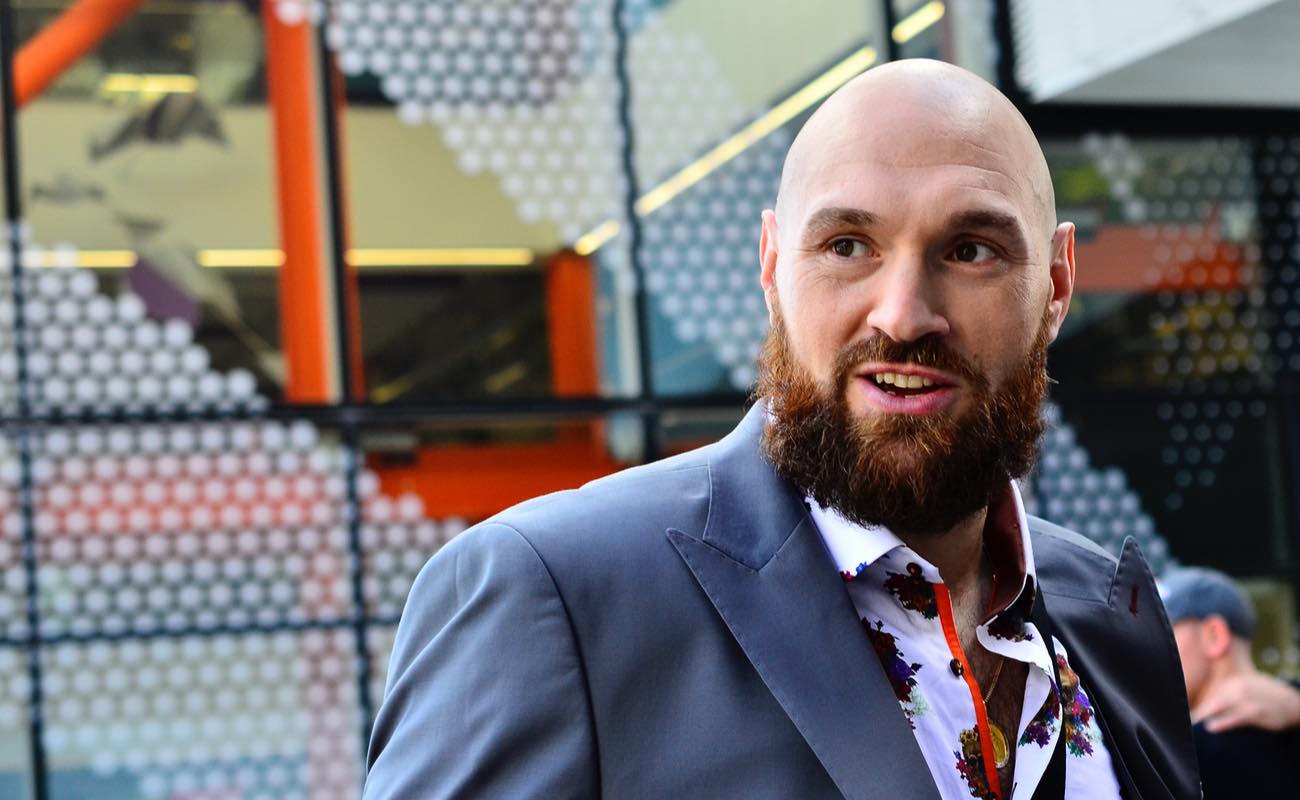 One of the biggest surprises of the fight was just how dominant Fury was. At no point did you sit back and think that Wilder had a chance, and if you did, and if you were an online sports bettor, you were probably hoping for a punch out of left-field that would put Fury on the mat for good.

Not only was Wilder completely outclassed, but the Gypsy King proved he was a serious heavyweight force. People knew he was good a few years ago, but his performance in this fight would have put a smile on the faces of legends like Tyson and Ali. He took Wilder to school and showed that no one is safe when they are in the ring with him.

Following the fight, Fury received tons of praise for his dominance, and his ability to completely shut down the Bronze Bomber. On the other hand, Wilder had spoken about some very strange reasons why he lost the fight.

Wilder’s entrance outfit was over the top, including a jewel encrusted ensemble that represented him being a king. After the loss, Wilder spoke about how the weight of his outfit was too heavy, and completely drained his legs just by walking in it, and he was off his game before the fight even started.

This excuse was very quickly laughed at, as everyone who had watched the fight knew that it was the massive blow to his ear that stopped him in his tracks. He had also apparently trained in a 45-pound weight vest, making this excuse that much more laughable.

He also took a dig at referee Kenny Bayless, for not properly enforcing his pre-fight rules of no punches to the back of the head. This was also a questionable complaint, as both fighters were guilty of it, yet Fury was the only one to be docked a point.

Wilder was clearly unhappy that he had lost – he was also on the verge of sacking his manager who threw in the towel – although he now apparently wants to keep him on.

What the Pro’s had to say

Canelo Alvarez and George Foreman both tweeted that the ref made the correct decision in stopping the fight. Lebron James even took to Twitter to talk about the fact that Wilder was battered and beaten, and stopping the fight was the only option.

Dillian Whyte made it clear that he wants to take on Fury, but the reigning WBC title holder will need to face Alexander Povetkin in May at the Manchester Arena. A win would surely secure a shot at Fury’s newly acquired titles.

Anthony Joshua is the next fighter in Fury’s crosshairs. Both men have made it clear that they want to take each other on, and promoter Eddie Hearn has said that there could easily be a trilogy on the cards.

However, Joshua first needs to face Kubrat Pulev in June, with his WBO, WBA, IBF, and IBO titles on the line. Fury will be having his rematch with Wilder, with July being the time for that to happen.

If both men retain their titles, there could easily be a Christmas fight on the horizon, with 6 titles on the line. If all goes to plan and both men win, this could seriously be the biggest fight of the past 10 years.

With the rematch already decided, there is no doubt that Wilder vs Fury 3 will be bigger and more intense than the last two. There is every reason to believe that Fury can defend his title, but Wilder seems like the type of fighter that can easily be unleashed and decimate opponents.

He’s done it already, he has put on a clinic against many fighters, but that was while he was champion. Now that he has lost the belt, there is no telling what he is capable of, especially since he will be viewed as the underdog.

On the other hand, Fury is in the driver’s seat. He came back for the second fight and dominated. If he keeps his fitness up and fights like he did in that second fight, he can retain his title, and help set up that dream Christmas bout with Anthony Joshua.

The third fight in the trilogy is sure to settle the debate between these two fighters. Wilder now has something to prove, and Fury will not give up his belt that easily, it is guaranteed to be a trilogy for the ages. If you are a sports betting fan, head to your nearest casino on fight night and try your luck. Boxing betting is a great way to stay up-to-date with the boxing world. Strap in for an incredible fight, it’s only a few months away.