The History of Sports Betting in the UK 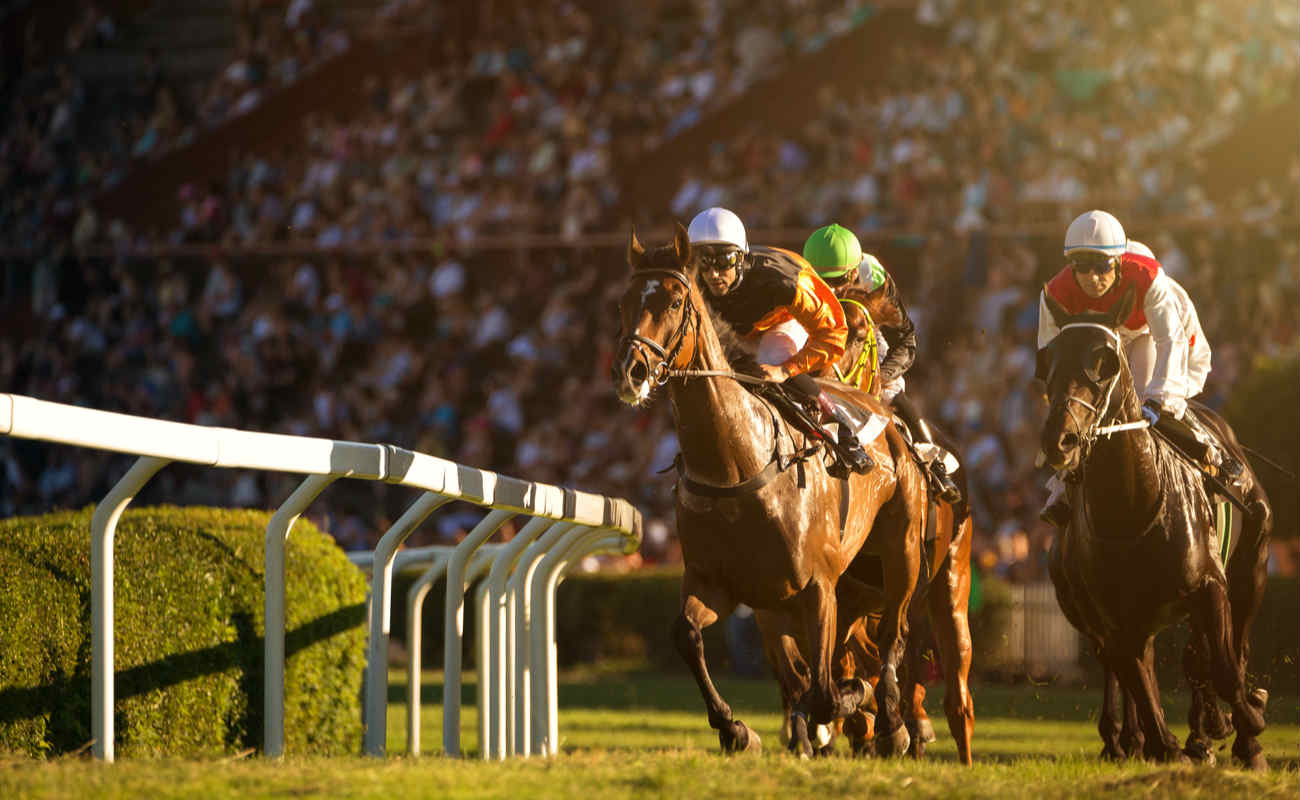 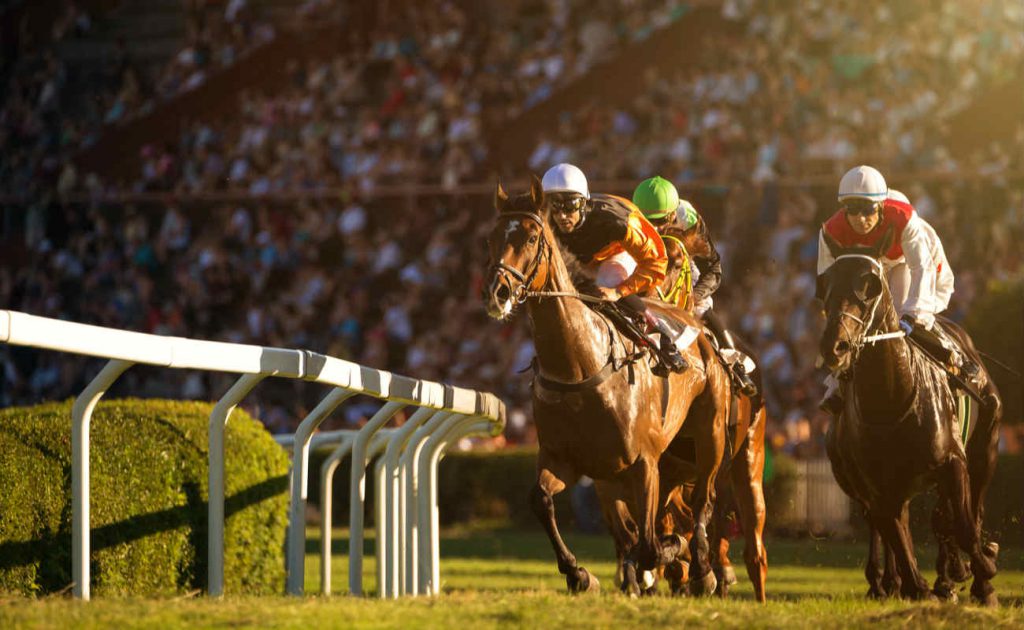 Football fans may have noticed that half of the Premier League teams in the 2019-2020 season have sports betting company sponsors on their kits. On the advertising boards alongside the fields in the adverts at half time, you’re sure to see an online sports betting advert or two. This doesn’t apply exclusively to football. These days, you can find betting lines on almost any sport. So how is it that sports betting has grown to become so prominent in UK society?

Looking back at the history of betting in the UK, you can see how a combination of sport, competitive predictions, laws, wars and technology have set the landscape as we find it today. Sports betting history is anything but boring. Here are some of the key historical years and moments that shaped the way we place our bets.

Games of chance have been with human societies practically from the beginning of time. For most, they see bookmakers as part of the gambling industry. So a starting point for sports betting history can be set loosely in the early 1600s. At this point, Italy was the front runner for casino establishments.

During trade between nations, merchants would bring stories to tell and games to play. Card games grew in popularity. Despite this, there wasn’t a surge in UK casinos. This is mainly due to religious reasons. There were, however, still gentleman wagers and an interest in card games.

While the casino industry didn’t take root, the interest in wagers grew. This would lay the foundations for the beginning of sports betting in the following century. 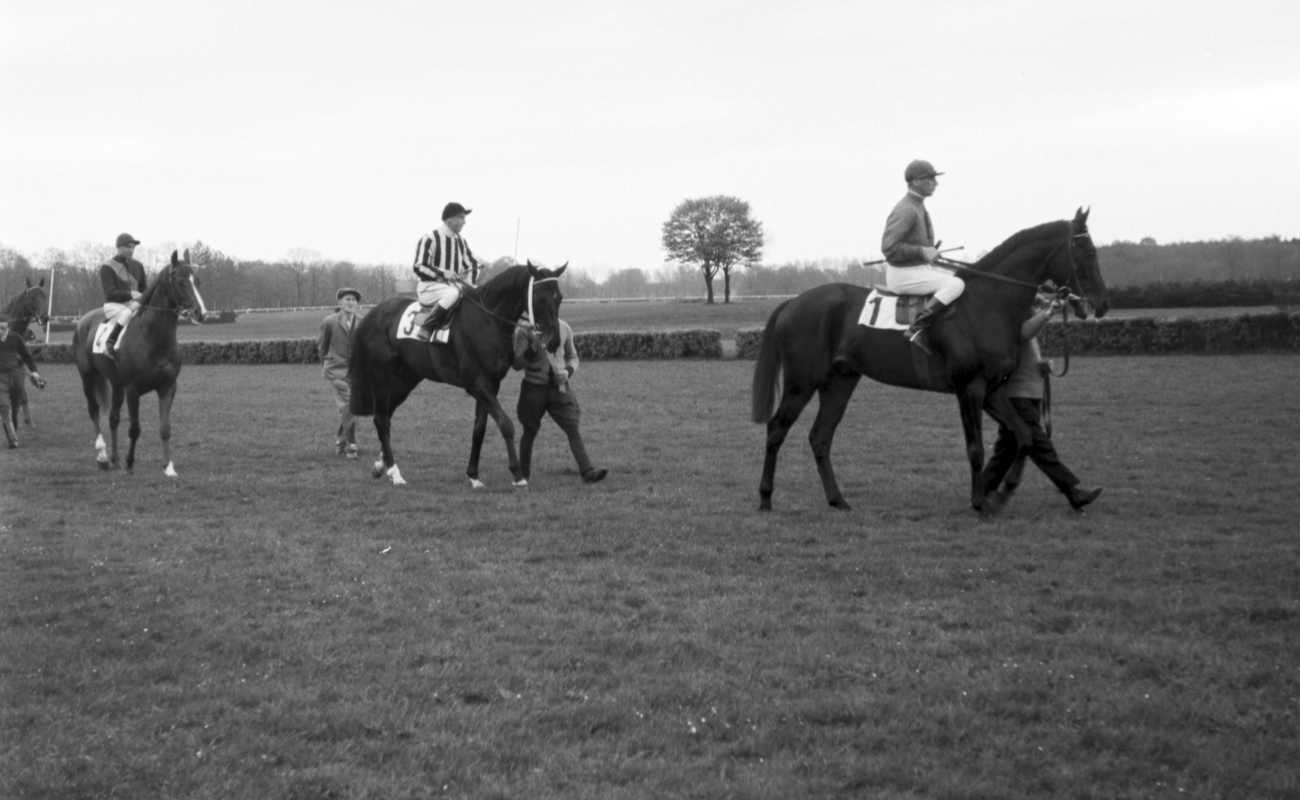 While casinos didn’t take off, horse racing sure did. Long before cars and roads changed the landscape of our settlements, horses were still very much a presence in society. They were used for transport, in the military, in parades, and in races.

Documented horse racing began in the early 1500s. Over the next two hundred years, race tracks were built across the UK. The format for racing was mainly a two-horse race, with wagers placed on who the winner would be. Over time, this evolved to include multiple horses.

Wagers at the horse races grew in popularity, but it wasn’t until the 1790s that a crucial development happened. Harry Ogden is the name that takes the credit, but it is likely that others were doing this as well. Ogden began to create a format where different horses have different odds of winning – meaning not all horses have the same chance of winning. Some may have had a clearly better physique or were known to be quicker than other horses. Ogden declared the odds for each of the horses in a race.

Ogden took it one step further. While he told the paying populace what the odds were, he didn’t give them his calculated odds. Instead, he included a profit margin for himself. For example, if he calculated that a horse had odds of 10/1 to win, he would advertise the horse as 8/1. This profit margin was the beginning of sports betting bookmaking as we know it.

Debt collectors in the 1800s

At this point in sports betting history, the wagers were mostly being made at the race tracks. There were bookmakers taking bets outside of the tracks, but the risk was significant. Even the wagers inside the race track were risky.

The reason for this is that the industry was far from regulated. If a bookie lied about a result, it might be days before the lie was exposed. At this point, he would be long gone. In the same way, if you laid a wager you couldn’t pay, you could expect an unfriendly knock on your door.

For the first half of the 1800s, sports betting wasn’t the cleanest business. Without regulation, it was every person for themself. This included ensuring what was owed to you was paid in full.

In the second half of the 1800s, the Victorian era began to frown on gambling in society. In 1845, the Gambling Act was passed. This Act tried to dissuade people from gambling by making it clear that wagers didn’t count as a legal contract. This made the risks of gambling official.

The intent was there, however, the results weren’t as hoped. Instead of turning people away from gambling, it made it clear that betting wasn’t illegal. As a result households were turned into low-key casinos or betting houses. 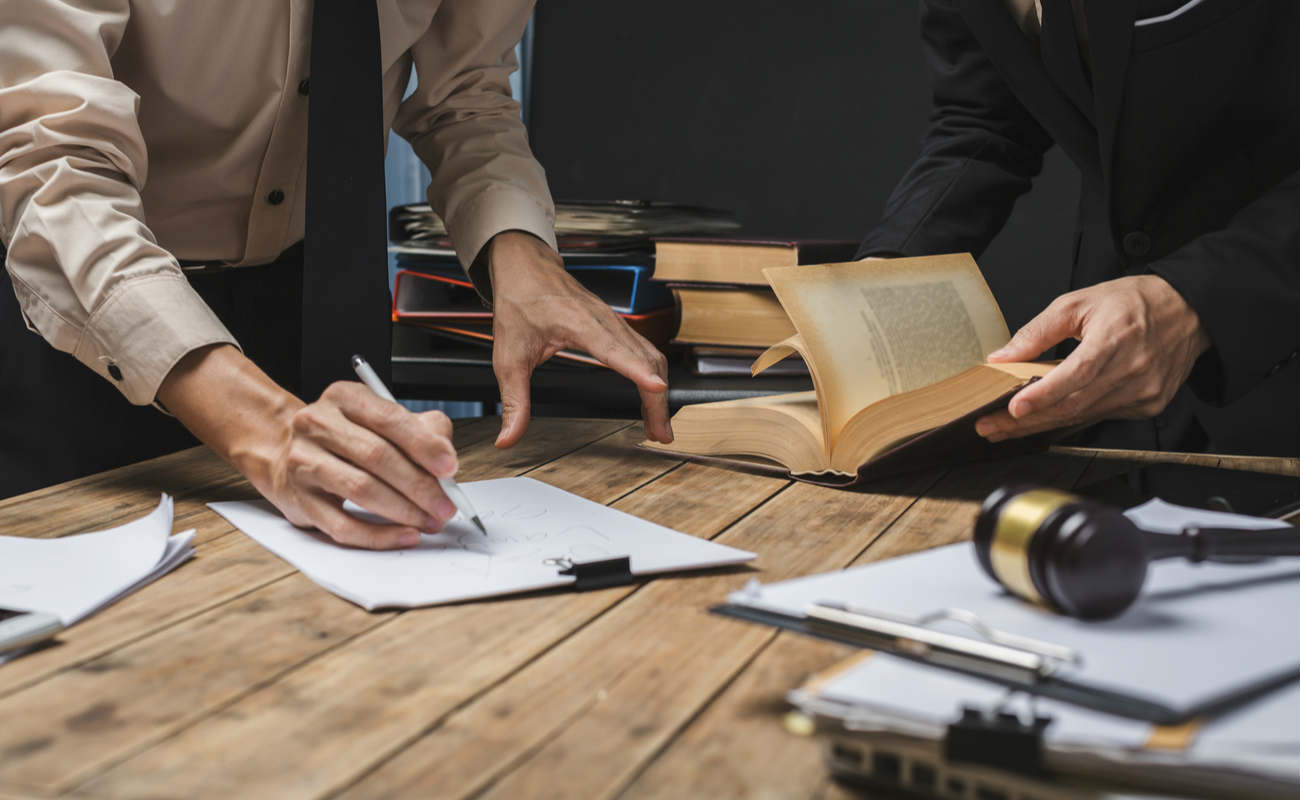 After the 1845 Gambling Act, betting houses increased in number dramatically. The House of Lords realised that they needed to pass new legislation. The 1853 Betting Act made it illegal to own a property for the purposes of betting or gambling. This meant that horse betting could only take place at the horse racing tracks.

The Betting Act helped to close the betting houses, but it couldn’t temper the appetite for betting on horse races. As a result, the early 1900s saw countless horse racing tracks opening their doors. A day out at the races became a cultural phenomenon.

As the horse racing tracks continued to grow in popularity, the 1920s were an important decade in the history of betting in the UK. Two key developments took place: the growth of football pools from 1923 and the introduction of greyhound racing in 1926.

For a penny, a person would get points based on how close they were to predicting the scores of a number of games. The first football pool was Littlewoods in 1923. It was founded by Sir John Moores. Littlewoods was immensely popular among the working class of the UK. It was the only legal way to bet on football results and was the only real alternative to betting on horses until 1926.

Greyhound racing, horse racing and football pools were the only truly legal sports betting platforms that existed in the UK until the 1960s. There were illegal bookmakers operating, however, the risks of not receiving won money or being arrested ensured this aspect of sports betting involved shady characters.

Return of the betting shops in the 1960s

The 1960 Betting and Gambling Act was a fundamental shift in sports betting history. The Act legalised betting shops once again. All of the shady illegal bookmakers had the opportunity to open their doors to the public in a more respectable way.

The Act set the standards for betting and gambling that are still in play today. Casinos finally took root in the UK and many of the sports betting establishments that we know today set up shop.

As the betting shops grew, the popularity of greyhound racing and football pools gradually started to decrease. Football betting itself still remained popular, though.

The impact of the Premier League

One of the regulations for football was that the game needed to be televised for it to be bet on. In 1992, Sky Sports acquired the televising rights for the newly established Premier League. This deal ensured that more football games were televised every week. This in turn allowed for far more bets to be made.

As the Premier League grew in global popularity, so too did the stakes riding on each game. The raised profile brought added credibility to bookmakers. They became more socially acceptable as a result. 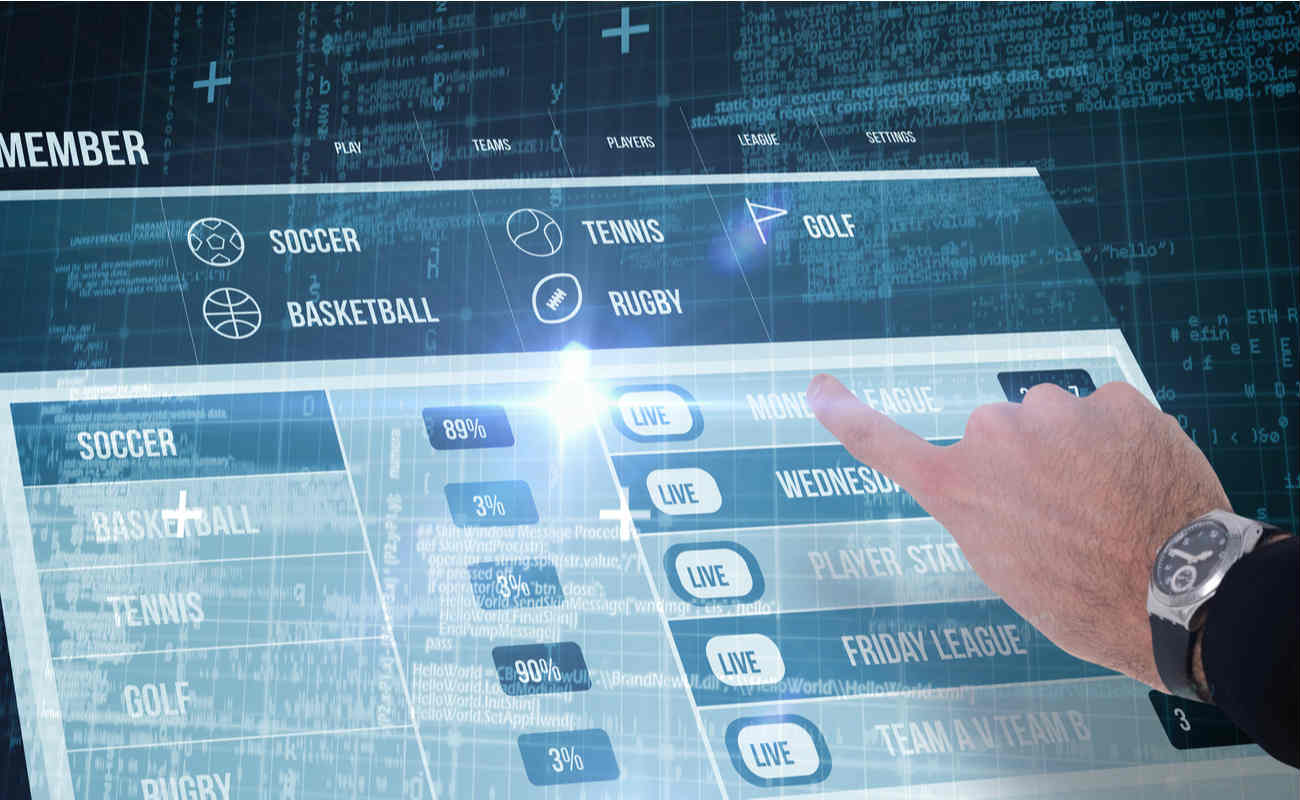 The gambling industry that had seen the transition from horse to car, now entered the age of the internet. The success of online casinos ushered in the first online sports betting site, Intertops, in 1996.

The early days of online sports betting weren’t as smooth as today’s experience, but they did offer a shift for punters. It gave the opportunity to place your bets from the comfort of your own home. You didn’t need to travel to a shady building to place your bets.

The internet has since brought innovations for those who play online casino games. From live casino games to up-to-the-minute live game sports betting, it continues to benefit from developments in technology.

Improved regulations in the 2000s

The popularity of online sports betting meant that the government needed to update their regulations if they still wanted to recover tax. At that point, you could play online casino games without clear regulation. It offered similar risks to the unregulated bookmakers in the 1800s.

It was clear the UK needed to update its regulations. A 2001 review resulted in the abolishment of the betting tax and the trebles rule. The review allowed for more nuance in online sports betting.

Previously, punters were taxed on their winnings and could only bet on a minimum of three games if the game in question wasn’t currently being played. Bookmakers were taxed 15% on gross profits as a result. They, in turn, increased their margins to cover the increase in tax.

The 2005 Gambling Act sought to consolidate the existing gambling regulations and legislature. One of the main outcomes was that an online sports betting provider or online casino needed to have a Gambling Commission license to operate in the UK.

This Act brought tighter regulations but there were still loopholes in play that allowed sites to register overseas and earn money from UK punters. The 2015 Gambling Bill was an amendment to the 2005 Gambling Act. It included the consumption tax, which ensures that online sports betting sites that take bets in the UK pay tax in the UK.

Technology continues to disrupt our societies, and as a result, the ways in which we can place a wager. With the development of artificial intelligence, you could imagine live casino technologies making their way to online sports betting. There are already virtual reality subscriptions that give you front row seats at live sports games. If we’ve gone from horses to the internet, who knows where it goes from here?

Winter sports offer a range of extreme sports, and their rarity makes them an exciting opportunity for sports bettors. We’re taking a look at some of the most popular winter sports to bet on, as well as the types of bets punters can look forward to placing.

How do betting odds work? 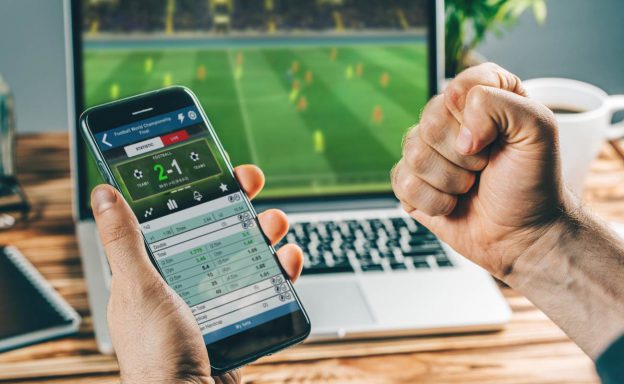 The Beginner’s Guide to Sports Betting

Sports betting is an enjoyable activity and can make you a bit of cash on the side. But it’s wise to know the basics before you dive in headfirst. This beginner’s guide explains the basics and has some handy tips for those just starting out.