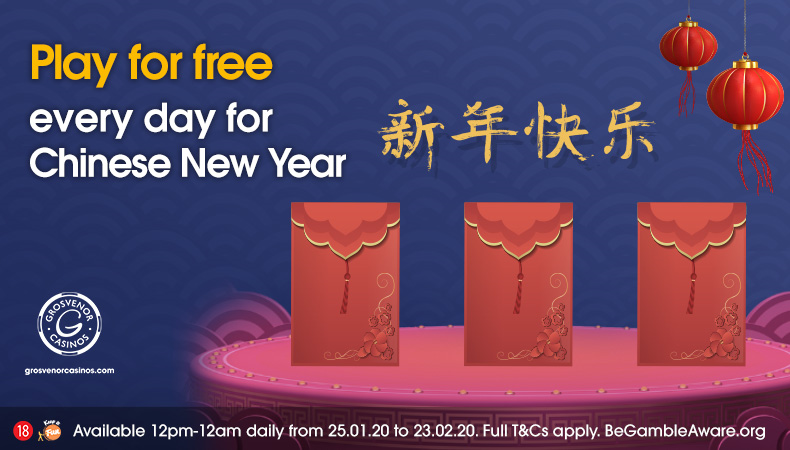 Chinese New Year 2020 falls on Saturday 25th January. It takes place on a different date every year because it follows the Lunar calendar. It’s a huge deal for those that recognise it and there are many fascinating superstitions associated with the celebration itself and the following zodiac year.

Many traditions associated with Chinese New Year haven’t changed in centuries. From tasty food and fireworks displays to ancient myths and awesome gifts, here are 5 facts about Chinese New Year:

More fireworks are set off on Chinese New Year than any other day of the year worldwide. Just like in the west, you can expect huge, colourful displays to start the new year with a bang.
Pub quiz factoid: The practice of setting off fireworks was originally meant to drive off evil and scare away monsters.

Most children are given red envelopes or packets filled with cash on New Year’s Day instead of toys or other gifts. They are called hongbao in Mandarin and lai see in Cantonese. As the colour red has symbolic value, the envelopes are a way to send good wishes as well as the gift of money.
Read about red: The colour red is especially important during New Year, signifying good luck and protection against illness and evil spirits. Wrapping lucky money in red envelopes is expected to bestow more happiness and blessings on the receivers. Hence, it is impolite to open a red envelope in front of the person who gives it to you.
Fancy opening a red envelope every day? Check out our Chinese New Year promotion*.

The Chinese celebrate the New Year by drinking lots of wine (no complaints here). Everyone in the family will have at least a sip – even the youngsters.
Booze news: There are special Chinese wines just for New Year, like ‘Tusu’ – which was originally a medicine. A snifter of this ensures good health for the coming year.

Doughy dumplings are said to represent wealth and are traditionally eaten on Chinese New Year because they look like nuggets of gold. The filling usually includes minced pork and chopped veg.
Interesting fact: Dumplings are mostly eaten in northern China – in the south, preferred Chinese New Year foods include spring rolls and ‘Nian gao’ – sweet and sticky rice cakes.

A quirkier tradition is that you are not meant to clean the house on Chinese New Year’s Day. Technically this only relates to sweeping – as you could ‘sweep your luck away’ for the coming year but better to play it safe.
It’s wash you know: Along with sweeping, washing your hair on New Year’s Day could wash your luck away, so you’d better keep a hat handy.

Twelve animals make up the Chinese Zodiac and each year corresponds to one of the animals. 2020 is the year of the Rat, which is also the first sign in the sequence.
The story behind the zodiac says that the Jade Emperor chose 12 animals to serve as his royal guards and the animals fought and raced to be first in line – deciding the order of the zodiac.
So, which of the Chinese New Year animals are you?