The biggest football transfers of all time

Football transfer fees seemingly increase almost every single year, with clubs’ spending more and more money than ever before in their pursuit of domestic and European success.

The most expensive football transfer fees have by and large been paid out in the last five years, with Cristiano Ronaldo’s 2009 move from Manchester United to Real Madrid the exception in the current top-10 list.

The biggest transfer fee paid this calendar year is Joao Felix’s switch from Benfica to Atletico Madrid in July for £114.1million, while the highest involving a Premier League club this summer was Eden Hazard’s move to Real Madrid from Chelsea for £89million.

If you look back in time, big transfers don’t necessarily involve big fees and here highlight some of the most high profile deals which have taken place over the years.

The 19-year-old lit up the World Cup this summer, but he hit the headlines in 2017 when becoming the most expensive teenager, and the world’s second most expensive player when swapping Monaco for fellow French side Paris St Germain.

Due to Financial Fair Play rulings, he initially joined on loan, before making the move permanent in 2018, but Mbappe was always destined for the big stage after helping Monaco to the title in 2017 – their first in 17 years.

Neymar currently sits top of the pile for world record transfer fees having moved from Barcelona to Paris St Germain and completely smash the previous world record of Paul Pogba’s move back to Manchester United.

The 26-year-old had already completed the continental treble while with the Spanish giants – La Liga, Copa del Rey and Champions League before following that with the domestic double the following season ahead of his big-money move.

Since arriving in France his glittering record continues having scooped the domestic treble of Ligue 1, Coupe de France and Coupe de la Ligue.

His move from Santos in Brazil to Barcelona also makes the top-10 transfers of all time, a then transfer record for the sale of a teenager at £71.5 million.

Ronaldo called it a day with Real Madrid after picking up his fifth Champions League title back in May and he opted for a new challenge in Italy with Juventus.

Now, 33, the Portuguese star still went for a fee of £88.5 million – similar to the fee in which he joined Real from Manchester United back in 2009.

The Italian giants have already seen a massive return on his signing – with more ‘Ronaldo 7’ shirts sold than they had throughout the 2017-18 campaign – before they even started their Serie A 2018-19 campaign.

He went on to win the Serie A and the Supercoppa Italiana in his first full season in Turin. 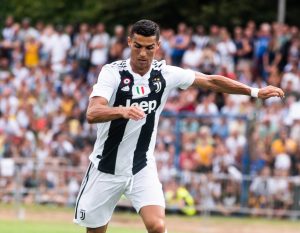 A lot has changed in the transfer world since Pogba made the move back to Manchester United for a then-record £89million.

Pogba was a player Sir Alex Ferguson had let go on a free transfer in 2012, but the Frenchman enjoyed a meteoric rise in Italy where he helped Juventus to four Serie A titles, two Coppa Italia’s and two Italian Super Cups.

Since returning he has helped the Red Devils to the Europa League, but talks are being mooted that he could be on the move once more with Barcelona a potential destination. 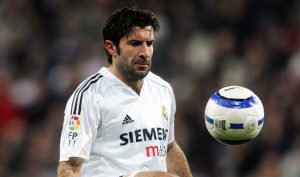 Although this transfer was almost 20 years ago, it’s currently the 28th biggest transfer to have ever taken place when he joined Real Madrid from rivals Barcelona in 2000 for a then-record fee.

He certainly caused controversy when making the switch and a pig’s head was thrown at the Portuguese star in an El Clasico encounter.

The move proved to be worthwhile though with two La Liga and Spanish Cup titles, a Champions League, UEFA Super Cup and an Intercontinental Cup. 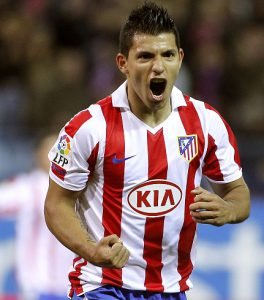 He may not get anywhere near the record in terms of the fee paid, but the impact he has had at the Etihad and the Premier League is there for all to see.

The 32-year-old has scored 201 goals for the 2014 and 2017 League champions, and though he’s never been able to lift the Champions League yet, his record speaks for itself, despite spending over six months on the treatment table during his stay in Manchester.

Until last summer, the Italian still held the record from way back in 2001 for the most expensive goalkeeper – but that has been surpassed twice this summer with Chelsea and Liverpool’s acquisitions of Kepa Arrizabalaga and Alisson Becker respectively.

Despite the big money paid for him, he stood the test of time and it wasn’t until this summer that he left the Italian giants for Paris St Germain.

His 17 seasons with Juve brought about 11 Serie A titles, 1 Serie B, 4 Coppa Italia and five Italian Super Cup wins – a total of 21 major honours.

Zidane joined Real Madrid in 2001 and lived up to his billing immediately. 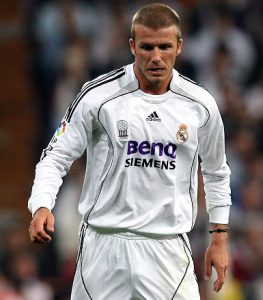 Another of the Galacticos era, Beckham joined Real in a £25m deal.

During his time at the Bernabeu, the Spanish giants only won 1 league title and a Spanish Super Cup, however, the impact of his arrival on a global scale proved to be a massive hit for Real.

The former England captain won Real Madrid Player of the Year in 2005-06, and after leaving Real won three more titles in the US and France.

When Shearer moved to Newcastle, his hometown club, for a then world-record fee of £15m, he was already a title winner and had won back-to-back Premier League Golden Boots.

Despite not winning any silverware at St James’ Park, he will forever be a legend on Tyneside, scoring 148 goals for Newcastle, with whom he retired in 2006.

Shearer holds the record for most ever Premier League goals, with 260, and scored 30 goals for England.

The most expensive football transfers from 1914 to 2019

The record transfer fees have changed dramatically over recent years, but here we chart the most expensive deals, all the way back from 1914 to 2019.

Whether it’s the long Premier League break or just a personal break from football, you’ll never run out of sports betting options at Grosvenor Casinos. We have year-round tournaments, events and games that you can place a wager on until you can get your football fix again.