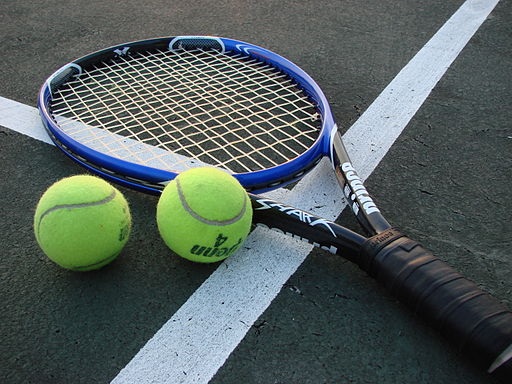 We have reached the quarter-final stages of Wimbledon 2019 and the action is hotting up nicely for what is set to be a grandstand final few days of action in SW19.

In the men’s draw, all the main players – Rafael Nadal, Novak Djokovic and Roger Federer – are all still in with a shout, and the winner looks likely to come from that trio.

However, there are still a few potential banana skins for them in the shape of Sam Querrey, David Goffin and Kei Nishikori respectively.

Our tennis betting expert previews all three contests ahead of tomorrow’s action and gives you the best bets.

Djokovic looked in imperious form as he reached his 11th Wimbledon quarter-final with a straight sets win over Ugo Humbert.

David Goffin has reached the last-eight in SW19 for the very first time in his career, and did so with a three sets to one win against Fernando Verdasco.

The players have met on six occasions to date, with the Belgian having only won one, which did come in their last encounter back in 2017 on the clay at Monte Carlo.

The two have never met on grass before but the number one seed is in imperious form, and has only lost one set to date.

Goffin could provide Djokovic with his toughest test to date though, so a bet on a 3-1 victory for Djokovic looks good value at 11/4.

This looks like the toughest contest on paper of the three top players in the world with the second seed Federer taking on eight seed Nishikori.

This is the second year on a spin that the Japanese 29-year-old has reached the last eight at Wimbledon, but has it all to do in order to reach his first semi-final in SW19.

There isn’t too many superlatives that haven’t already been mentioned in regards to Federer though, and he could set a couple of records if victorious tomorrow.

A win would be his 100th at Wimbledon, and would also take him above Jimmy Connors as the player with the most amount of grass court wins in the Open era.

I simply cannot see anything but a Federer win here, and though I expect Nishikori to pose him a threat I will go with another 3-1 sets win for the 37-year-old at odds of 5/2 with Grosvenorsport.com.

Querrey on his day has shown he is more than capable of any upset – and he proved that on his way to the semi-finals in 2017.

These two have net met on grass, but the Spaniard has a 4-1 winning record against the American, though the 31-year-old Querrey did win when they last met back in 2017.

Nadal was pushed by Nick Kyrgios in the second round, but showed his mettle to come out on top in a tough encounter.

Despite Querrey’s strength, I fancy Nadal to wrap this one up 3-0, and that’s available at 5/6.

Want the lowdown all all things Wimbledon? Take a look at our all time winners list blog here.