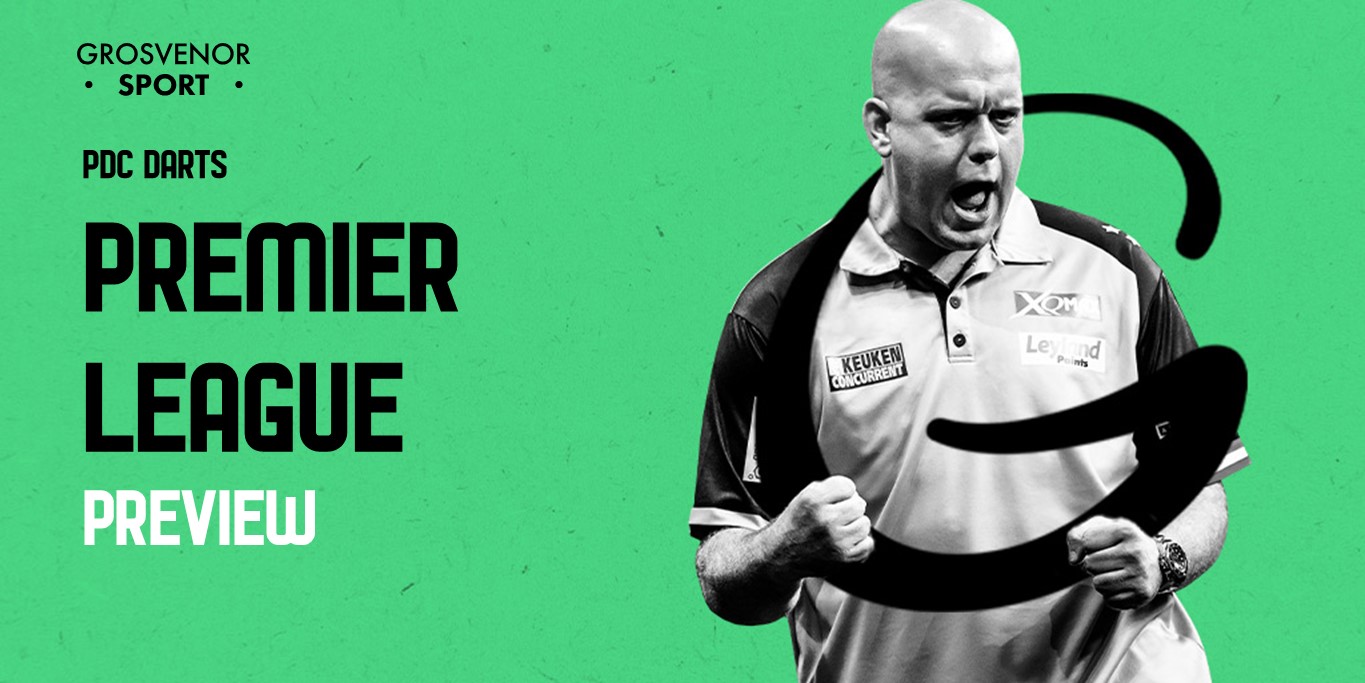 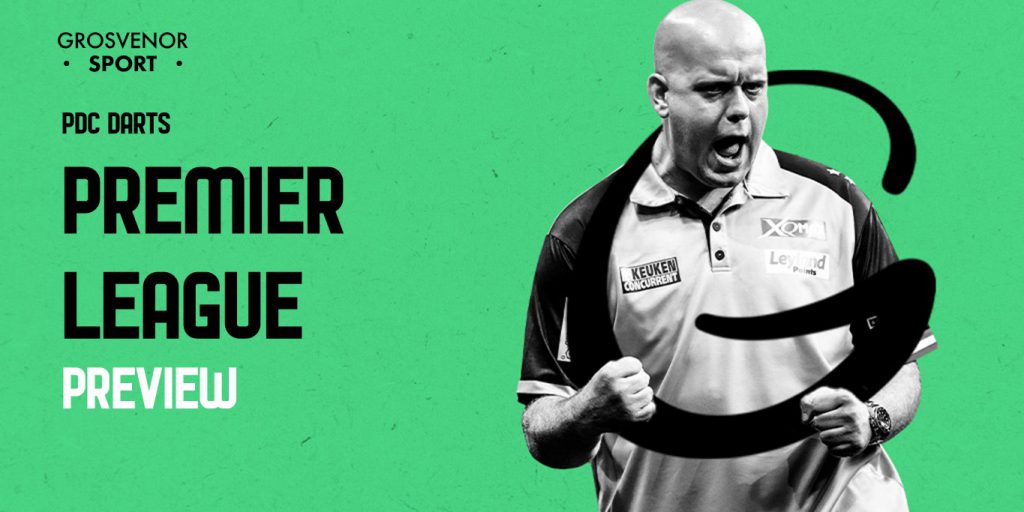 Premier League Darts is back! Glen Durrant was the surprise winner last year, but this season’s competition is absolutely anyone’s for the taking. We’ve taken a look at all the contenders ahead of the first week of action – who will be the 2021 Premier League Champion? Let’s. Play. Darts.

Duzza (22/1) topped the league phase and carried his fine form into Finals Night, defeating two-time champ Gary Anderson and Nathan Aspinall to lift the trophy. However, the Teessider is out of form ever since falling ill to COVID-19. He’s got it all to do if he’s going to defend his crown.

What more is there to say about Gerwyn Price? The Iceman (5/2) is the form player and comes into this year’s Premier League on top of the world – in terms of leading the PDC Order of Merit and holding the World Championship crown.

If he takes his current form into this year’s Premier League then he’s the man to beat, but the Welshmen hasn’t come close to success in this competition to date. Could that be about to change?

First up, Michael van Gerwen – the FIVE-TIME champion. The legendary Phil Taylor won six Premier League titles during his elite career, so MVG (5/2) will be desperate to get back to winning ways.

Last season was the first time the Dutchman missed out on the Playoffs after years of domination, and he’s been knocked off his perch at the top of the World Rankings. Van Gerwen with a point to prove? A terrifying prospect for his opposition.

Then there’s Gary Anderson (10/1), who won the Premier League in 2011 and 2015. This will be his 10th appearance, he’s made the Playoffs six seasons in a row, and he’s been runner-up in both the World Matchplay and World Championships within the last year. Can’t be ruled out.

Nathan Aspinall has burst onto the scene over the past couple of years, and he certainly made his mark last year on his Premier League debut. The Asp (18/1) swept aside elite opposition en route to the final, before falling to Durrant. Can he go one better this time around?

Peter Wright (7/2) might feel aggrieved to fall under this heading after finally getting his hands on the World Championship just over a year ago, but it’s not quite worked out in this competition. And it doesn’t get nearer than 2017, when Snakebite had six darts to take out MVG in the Final.

Rob Cross shot to stardom with his 2018 World Championship win and was runner-up here in 2019, again coming up against the brilliance of Van Gerwen. But his current form doesn’t read well, especially the first-round exit in the World Championships. Can Cross (40/1) get back to his best?

Three debutants, with Dimitri Van den Bergh (12/1) arguably the most exciting of the three. The brilliant Belgian won the World Matchplay in July, his first PDC major, and he could light up the Premier League stage upon his arrival.

Next up, Jose De Sousa. The Portuguese player (16/1) was fitting kitchens a couple of years ago, but know he’s only building cabinets for his trophies. He won the Grand Slam in November, springing many a surprise along the way. Will he spring a few more here?

Last but by no means least, Jonny Clayton (12/1) completes the field. His Masters win automatically earned him this spot, but that was no one-off with some impressive showings in the Super Series. The Ferret could cause chaos up against more experienced opposition. We can’t wait.

Premier League betting is right here and ready for you at Grosvenor Sport, with outright markets and match betting available – as well as many more markets on major events throughout the year.