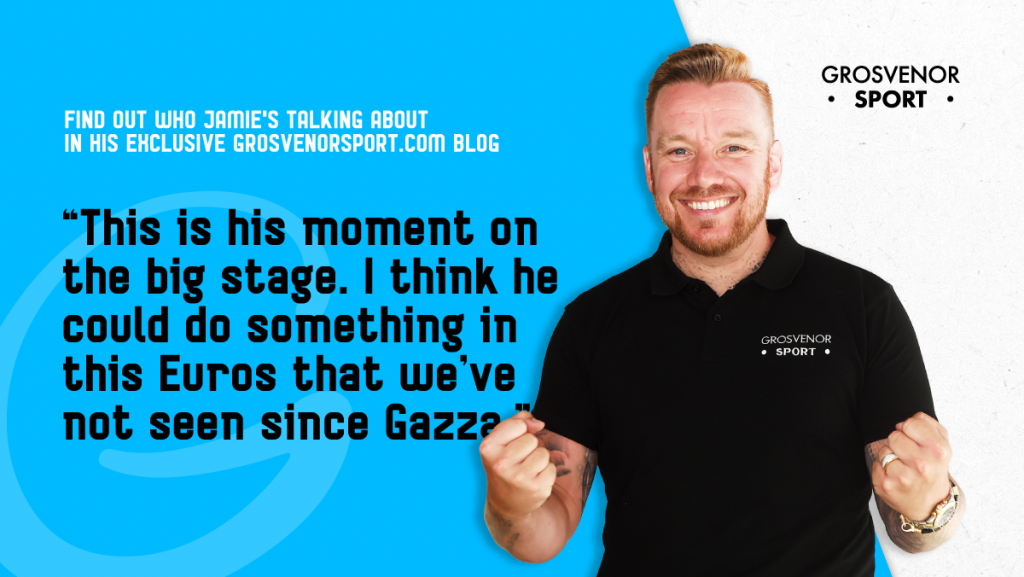 GrosvenorSport.com ambassador Jamie O’Hara has had his say about England ahead of their Euro 2020 opener, with the former Premier League star-turned-pundit revealing who he thinks could be key if England are going to bring football home.

O’Hara also talks about former team-mate Harry Kane, particularly about his goals and his club future in his first Grosvenor Sport blog…

Grealish could do something we have not seen since Gazza

I think this is Jack Grealish’s moment to really show what he can do on the big stage, he’s obviously coming back from injury, and he’s been out for a while, but he’ll be fresh for it and he won’t have tired legs.

The sort of character Grealish is means he will be more than ready to go, and I think he could do something in this year’s European Championships that we have not seen since Paul Gascoigne. Nothing he does on the pitch will surprise me, he’s just got that magic touch.

The same could be said for Phil Foden but people already know what he is capable of, and we’ve all been enjoying what he’s been doing at Manchester City whereas Grealish is the big unknown.

Harry Kane will almost certainly win the Golden Boot, he’s the focal point for England being the number 9, the team will play around him and he’ll have plenty of opportunities. I would go as far to say that he will break England’s all-time goal scoring record.

However, the news surrounding him wanting a transfer from Tottenham could not have come at a worse time for him. It will be something that will be hanging over him throughout the tournament and be playing in the back of his mind.

The worst-case scenario is if a club does register an interest for him mid-competition, we need him to be focused on the job at hand for England so I hope it doesn’t affect him and he can go on to get the Golden Boot.

We’ll have more from Jamie throughout Euro 2020, and he’ll also be taking on some Scottish rivals in the form of the Open Goal Podcast. The guys will be battling it out in EurDecision, Grosvenor Sport’s free-to-play prediction game where £60,000 cash is up for grabs this summer. Get involved!