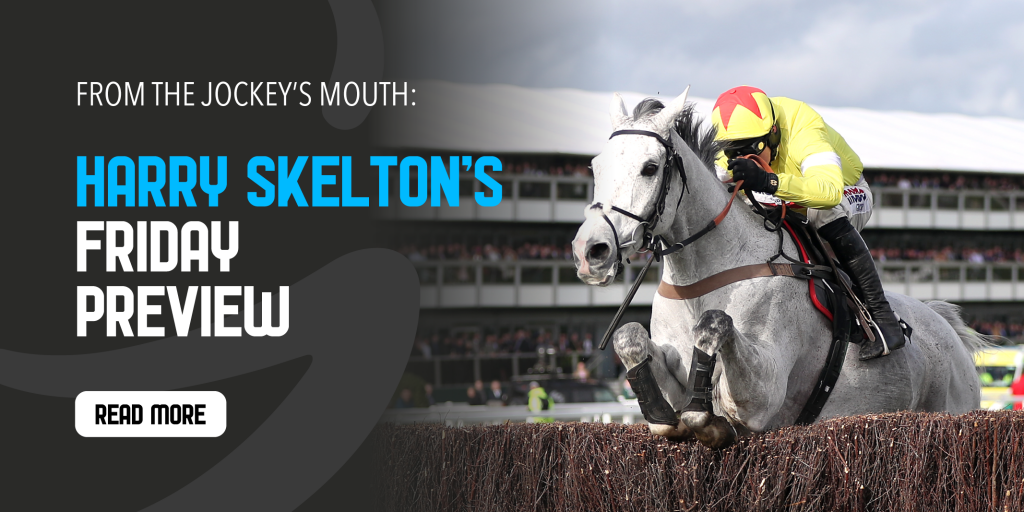 I’m at Lingfield on Friday for the first day of the new Winter Million Festival, where there’s some really good prize money on offer. It’s a great new initiative with lots of valuable races and has been well supported with plenty of runners entered.

Nurse Susan goes for the two-mile mares’ novice hurdle (12:50). She’s started her career well, winning both times. She steps up into better company and this is going to tell us a lot more, but we think she’s a decent mare and that she has a great chance. The one I fear most would probably be Harry Fry’s mare, Love Envoi, as she seems to love testing ground and may be the one we have to beat.

Eclair D’Ainay has been good since his win at Wetherby, where he got the conditions he likes – two miles on heavy ground. He’s got the same here (1:50) and is in good form. I think he’s got a very good chance again and there are no negatives.

Midnight River runsin the three-mile novice chase (3:00). It was nice to see him win like he did last time, jumping well in the main and battling on strongly after the last to get the job done. He steps back up to three miles here and I think he’s ready for that now. Hopefully with a good clear round, it should see him very competitive.

We run two in the two-mile handicap hurdle (3:35). It’s a race that’s worth quite a bit of money, so we’re taking a chance here with both runners. I ride Antunes, who has had his wind tweaked since his last run. He’s been disappointing, but hopefully the wind-op can help him get back on track.

Destrier has been out of form for a while. He’s well handicapped, if he came right back to form, but he’s got to put some poor runs behind him. If they both ran into the money, we’d be delighted.

I don’t know an awful lot about Notnowlinda, but she seems very straightforward at home. Running in a Listed race (2:40) first time, it would be brilliant if we could get some black type. There are obviously other mares in there that have shown a relatively high level of form, so she’s in the deep end a bit. We’ll see how she gets on, but I’d be hopeful rather than confident.