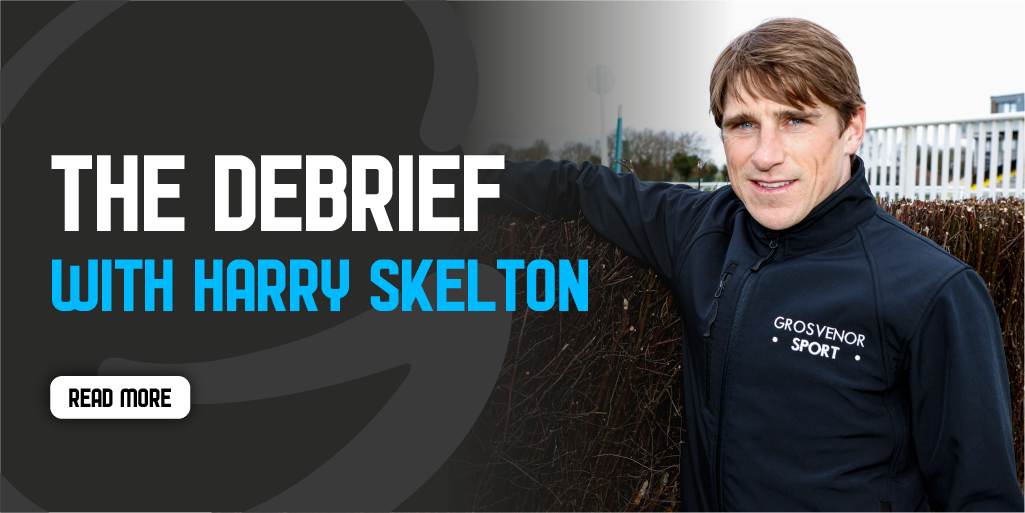 There was something clearly amiss with Cousu Main, as he stopped so quickly. The ground was very deep that day at Lingfield, but I’m not sure that was the problem. Hopefully something will come to light, but you can put a line through that run as he’s a better horse than that.

I thought Viva Lavilla would get back to winning ways at Wetherby, so I was a little bit disappointed. I think he’s a chaser in the making; he’s a big horse that is probably still a bit weak and is struggling to see out his races at the moment. All the ability is there and he’s definitely a horse to keep an eye on next season when he goes over fences.

Stepney Causeway struggled on the ground to be honest. The chase track at Leicester is normally a place where you can get some good ground in the winter, but it had rained a lot. We wanted to take our chance because he hadn’t run for a long time. He ran okay, but when he finds a bit of spring ground – a surface he can bounce off – that’s when you’ll see him at his best.

Molly Ollys Wishes didn’t seem herself at Haydock and I was never really happy throughout the race. She obviously had a hard race at Ascot, which wasn’t all that long ago and the ground was very deep on Saturday. She stopped quickly and the right thing to do was to pull her up. Whether we go to Aintree or Cheltenham, we’re not sure, but Aintree gives her a bit more time so that might be on the agenda. We’re under no illusions how hard that will be, but it will give everyone a good day out and she deserves to take her chance.

Wholestone was a little bit of a forgotten horse in the Rendlesham – he was third in a World Hurdle a few years ago. He had been off the track a long time, but Nigel Twiston-Davies is a trainer that can get them very straight first time and that’s exactly what he did. He’s obviously had a hard race there, so his next race is going to be a tough one. It was a good performance and he’s a class horse on his day.

Blaklion ran well for a long way, but just ran out of steam on the ground really. It was a better race than he had won the last time and I think he was just taken out of his comfort zone in the first half a mile. That paid late on and he couldn’t pick up again near the finish, so I pulled him up. He’s been an absolutely fantastic servant and is most importantly fit and well after the race.

You need a dour stayer for those marathon races on heavy ground and that’s exactly what The Galloping Bear is. He races just behind the bridle and keeps grinding away, which is why he can stay. He’s lightly raced, so should be an interesting horse for connections next year as well.

At Wincanton, we thought Faivoir ran a very good race in the Kingwell Hurdle. He wasn’t beaten all that far and we couldn’t have asked for anymore. He’s a horse that saves a bit for himself and you can never quite get to the bottom of him, which is why you see him run so often. He’s come out of the race well and is entered in the Morebattle Hurdle at Kelso.

Farmer’s Gamble got up late to win. To see him finish out his race as strongly as he did was really encouraging. Dan did well to find this race for him as it wasn’t a very strong affair, with the runner up only having a rating of 96. There should be a lot to come from this horse though and he can only improve, especially as he gets a bit older and stronger.

At Ascot, Fakir D’oudaries was really good when seeing off Two For Gold. He’s a classy horse on his day and 2m5f looks his perfect trip. He’s now won three Grade 1s and wherever he goes next you’d have to have the utmost respect for him.

Teahupoo was impressive in Ireland. He’s an improving horse going the right way. I think he’s got to improve again to take top rank among the Champion Hurdlers, but he could do no more than win as he did.

He’s definitely a contender at Cheltenham, but the question is whether he has that last bit of improvement that he needs to trouble Honeysuckle and Appreciate It.

If Notnowlinda goes to Warwick on Friday, she’s definitely one to keep an eye out for. It was a very encouraging run from her in Listed company at Cheltenham last time, and if she takes her place she’d have to have a big chance.

All the horses are coming along nicely for Cheltenham. We’ve given them a break so they should come into their races at the Festival fresh and well. They’re doing plenty of work at the moment and their summer coats have all come through, which is a good sign and quite important at this time of year. They look in good health and we’re very happy with them.