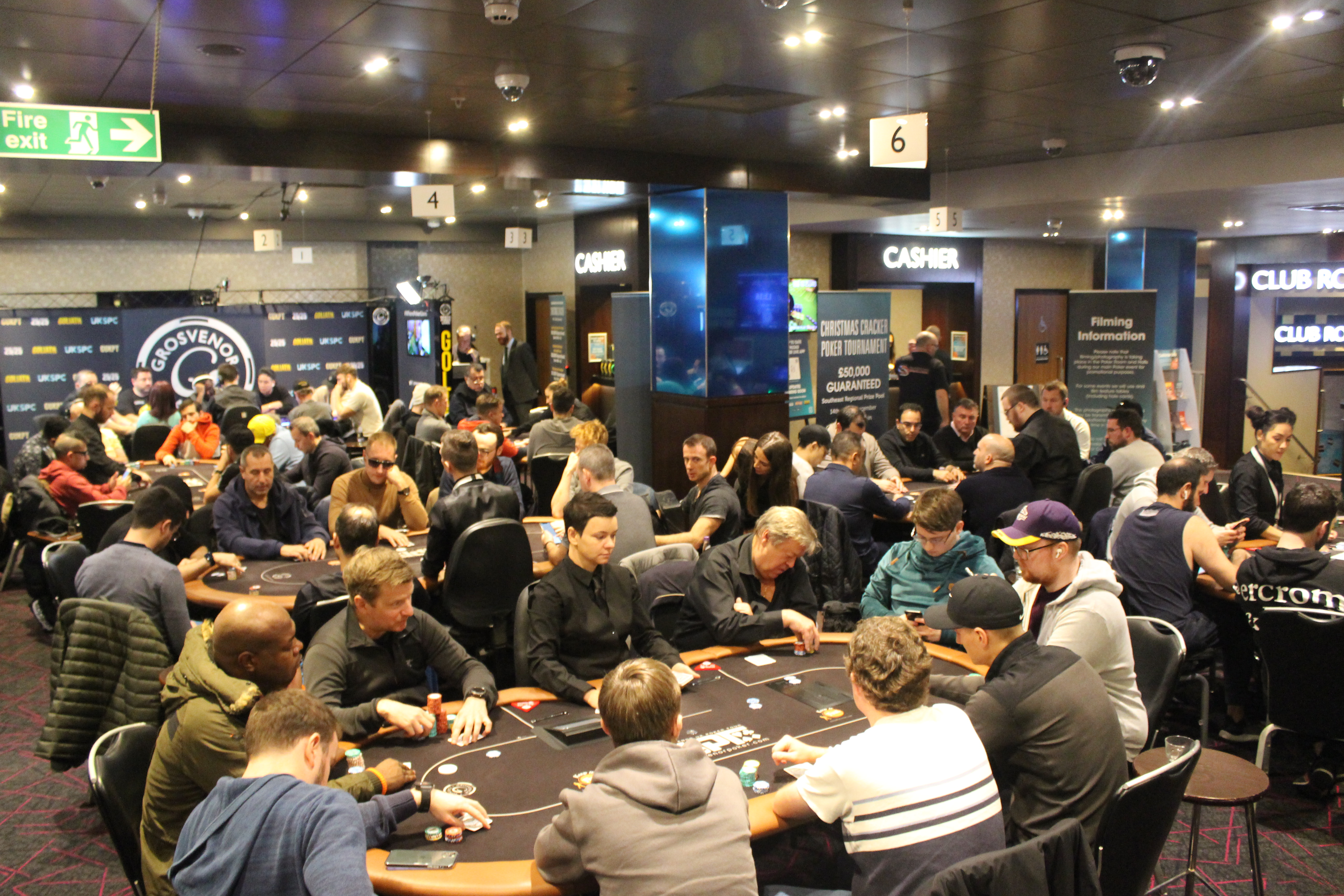 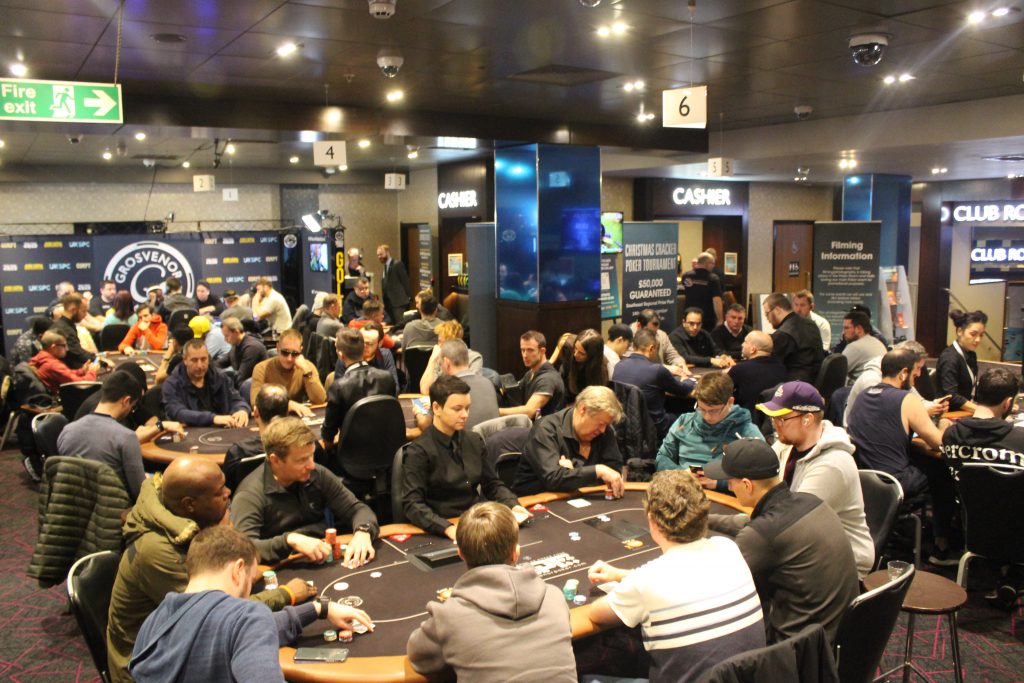 The Poker Room in London today hosts Day 2 of the GUKPT Grand Final.

The tournament has a buy in of £2500 and today there are 100 players coming back to play another ten levels of play. 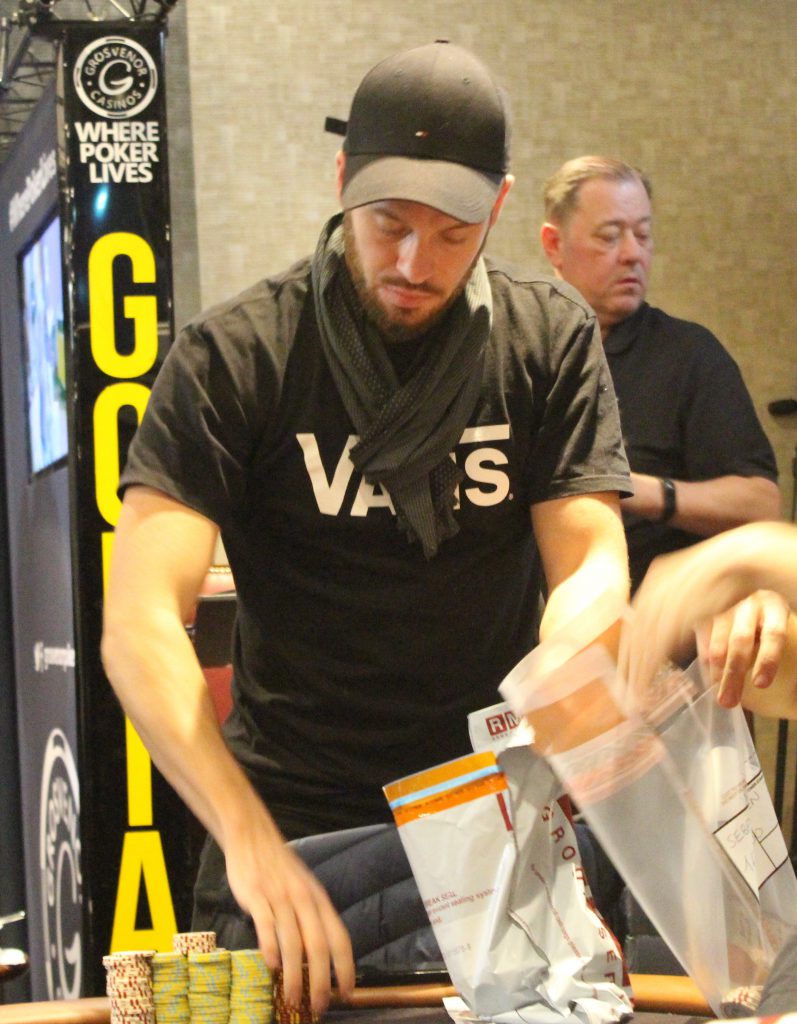 The final Day 2 of the 2019 season has just finished! The day started 12 hours ago with 104 players and after 10 levels of play we are down to just two tables, 18 players.

We have some very familiar faces left in the field. A lot of tour regulars are still in the field looking to try and win their first GUKPT Main Event title. There is one previous Main Event Champion still in the field, he holds the chip lead and won this very event in 2014, that player is Ben Winsor. He will go into tomorrow as the favourite.

We will be back tomorrow for the final day of 2019 which will begin at 12pm.

The Main Event has now finished, we will get the full chip count up with you as soon as possible.

The blinds increase for the last time today as we begin level 20. 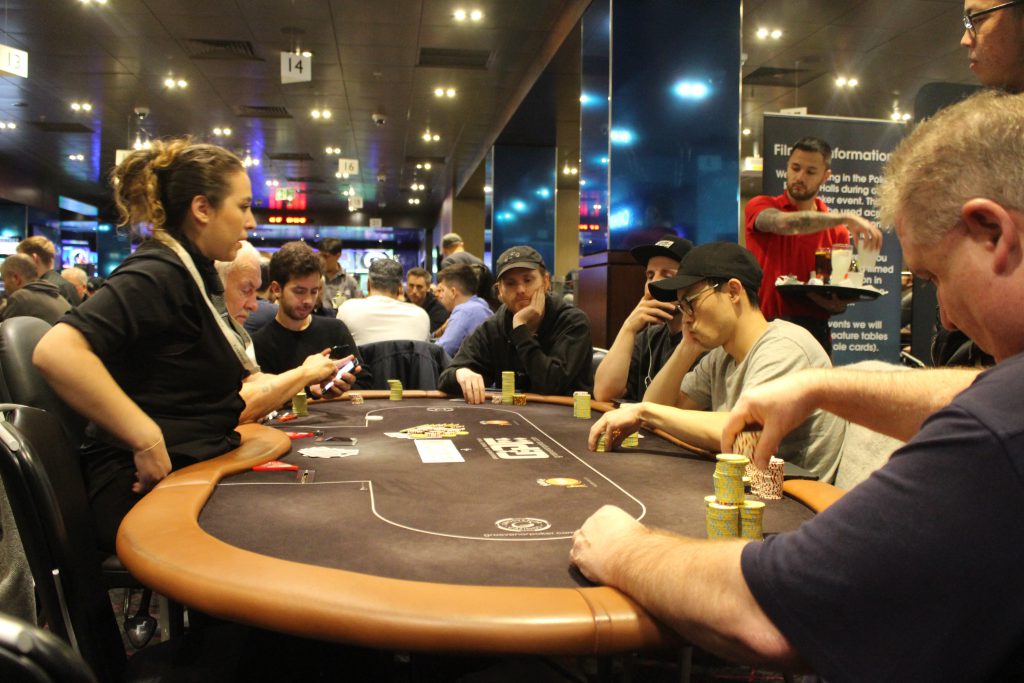 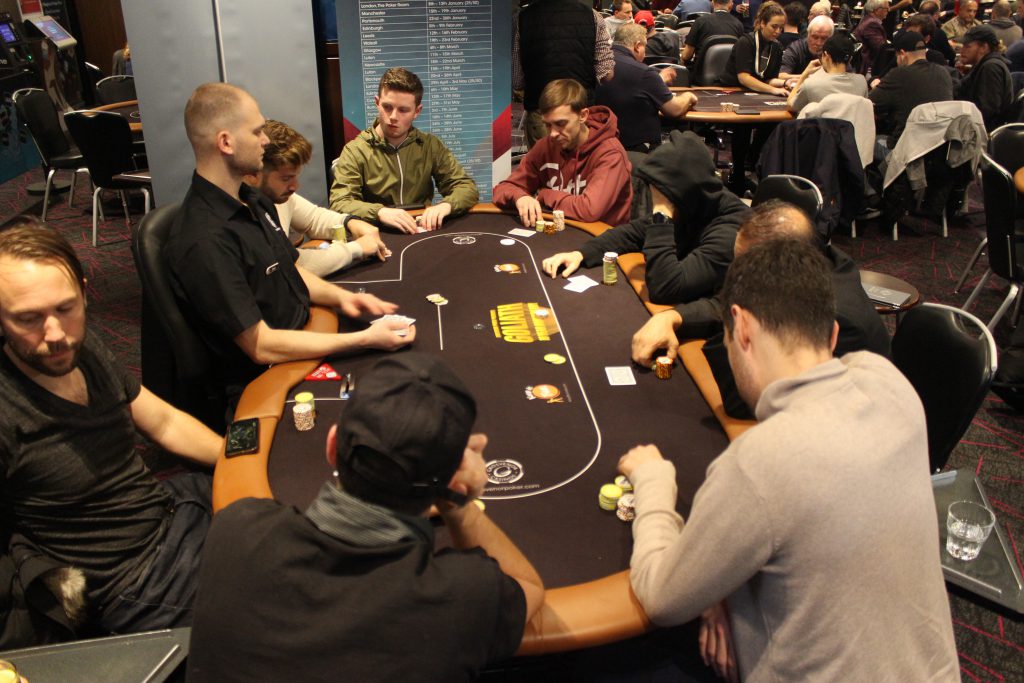 The blinds increase as we begin level number 19.

Ben Winsor takes the pot with top set and is now overall chip leader with 620,000.

We lose Daniel & Corentin and with their exit we are now in the money!!

We’re now down to 28 after losing:

The blinds increase as we begin level 18.

Laurence Houghton opens to 11k, Lander Lijobereciartua three bets to 35,000. Ben Maregedze cold four bets all in for 150,000. Action comes back to Laurence who also moves all in! Lander folds and the cards go on their backs.

No help for Ben on the board and we lose him in 33rd place, we are now just six off the money.

On a flop of

!! Min turns two pair to take the lead in the pot.

We lose Ankit Ahuja from the field. 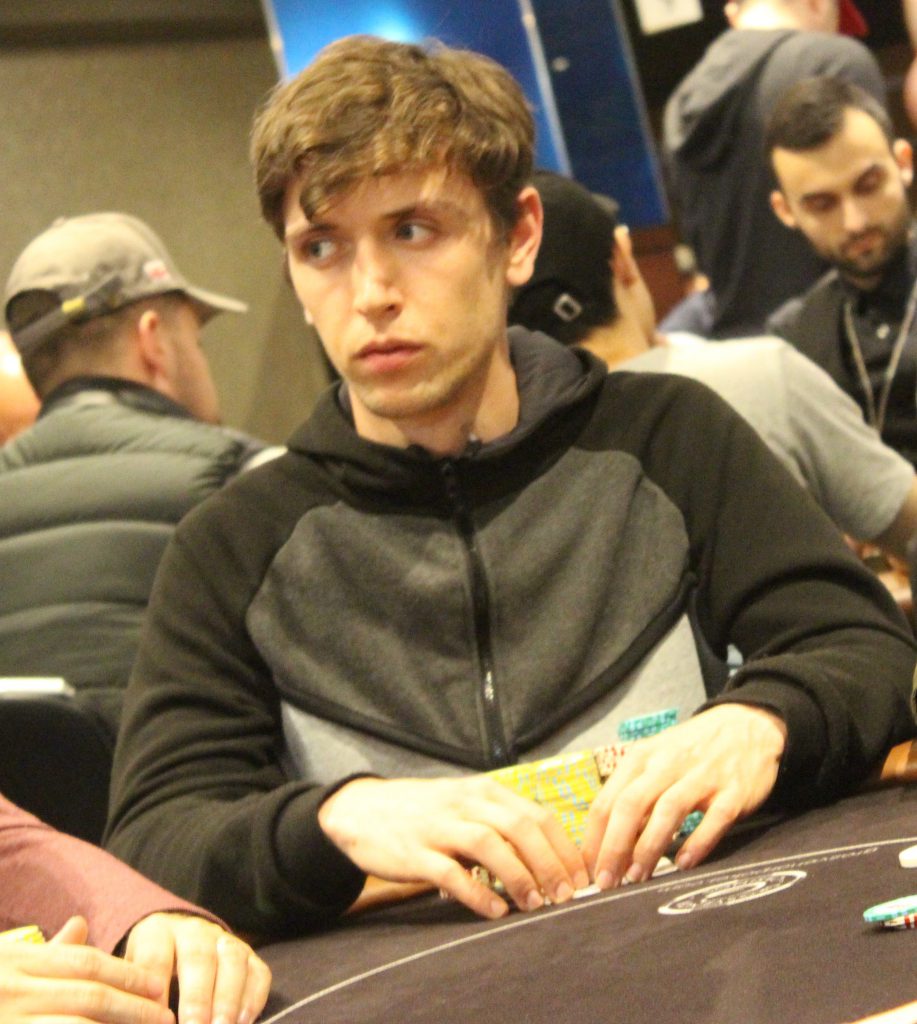 The players are back seated as we begin level number 17.

James Rann moves all in for 60k and is called by Ankit Ahuja.

and is in great shape for a double against the

as Ankit flops a house!

Ankit takes the pot and increases his stack to 220k.

Very unlucky for James as he heads out of the tournament.

Ben Morrison gets his last 50k all in holding

Two pair for Antoine as he takes the pot and is now just short of 300k!

We lose Ben Morrion from the field here as there are now 43 players remaining.

The blinds increase as we begin the next level of play. 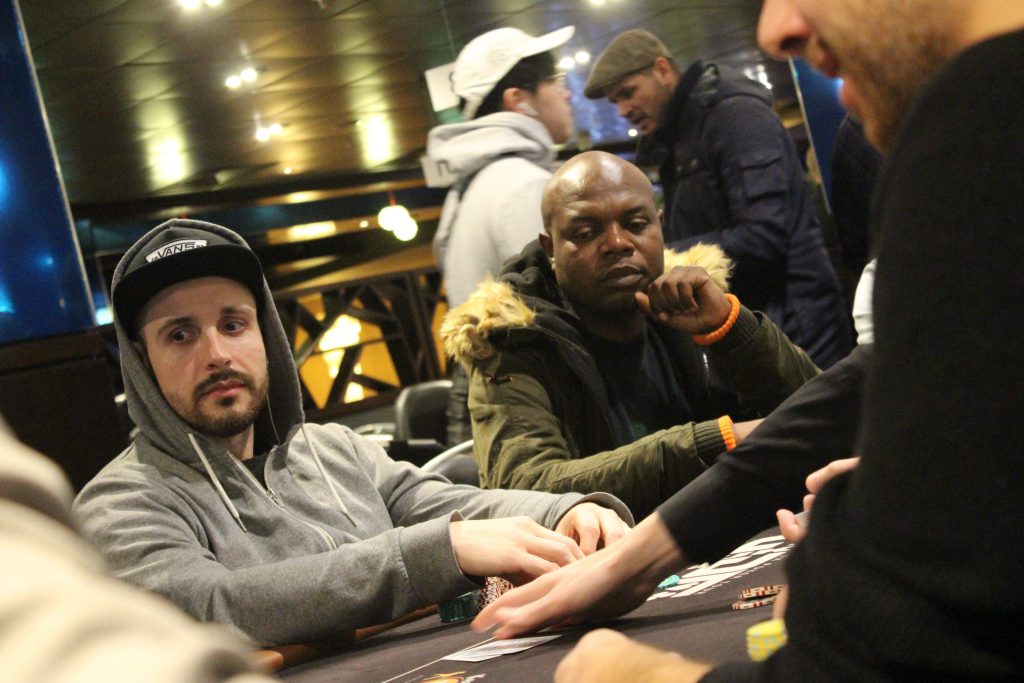 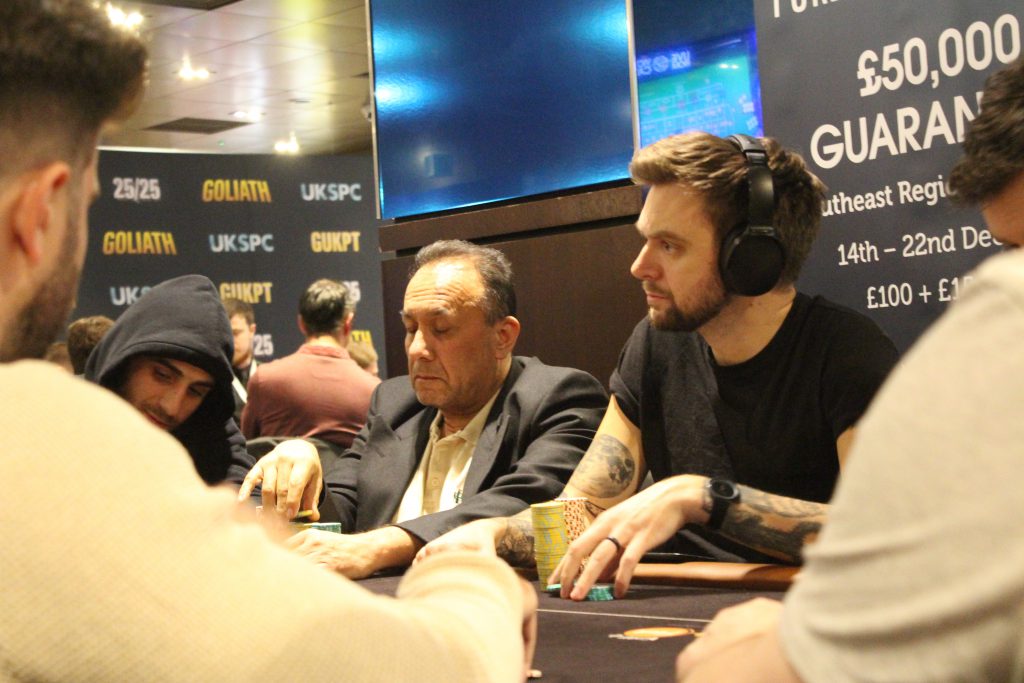 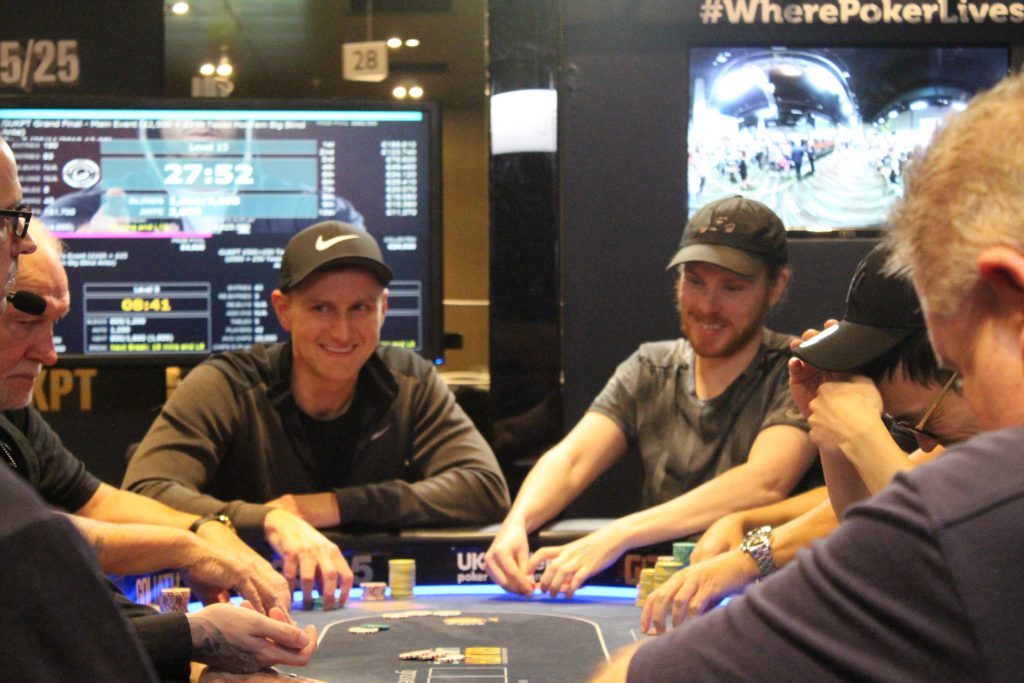 The players are back seated as we begin level 15.

Players will be going on a break in 15 minutes time, we will get a full chip count up for you of the 50 remaining players.

The £500 side event is just about to start with 15 players, it’s a one day event which will play to a winner today.

The blinds increase as we begin level number four of the day.

The Womens side event has 33 entries so far.

Late registration is open until 4:15pm. 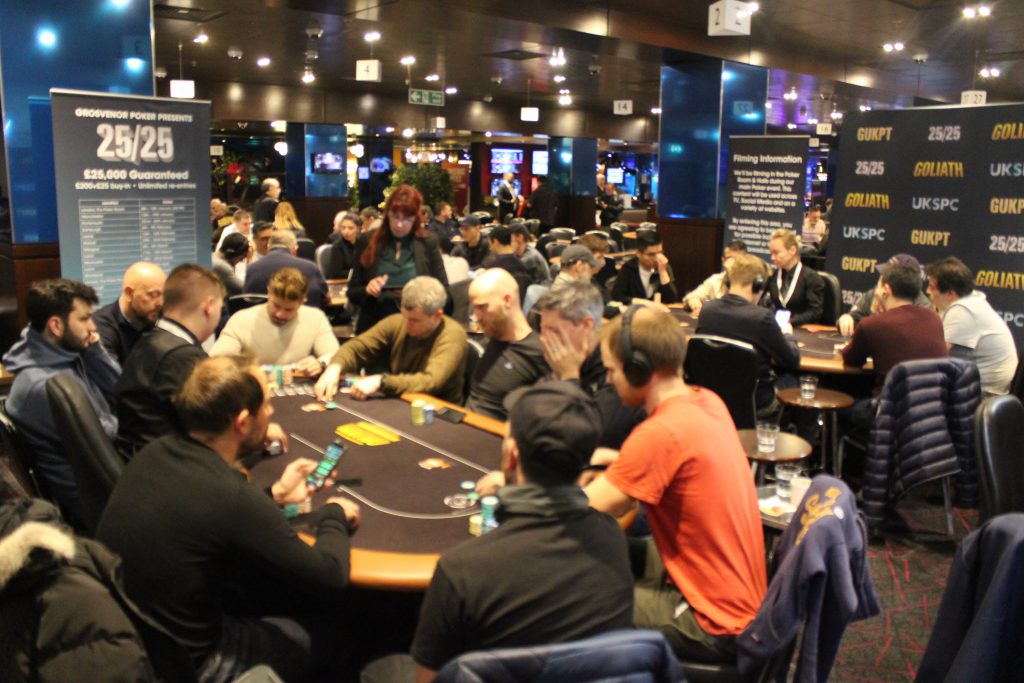 The players are back seated as we begin level number 13.

Break time now for the players as they take 15 minutes

The blinds increase as we begin level number 12.

The two Antoines lead the 104 players making their way back for Day 2. 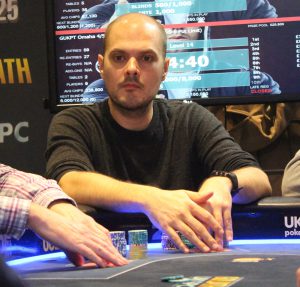 The cards are in the air as we begin Day 2.

The players have just been called in to take their seats.

We will be underway very soon.

Good morning and welcome back to The Poker Room in London for Day 2 of the GUKPT Grand Final.

There are 96 players who have made it through to today and registration is still open until the first card is dealt.

Today we will be playing another ten levels of play.