Whether you’re at the casino yourself, or you’re watching your favourite on-screen character play, it’s always tense and exciting when there’s money on the table. Hollywood has long had a love of casinos and gambling and there are plenty of movies out there that have iconic gambling scenes.

Poker is definitely Hollywood’s darling of the gambling world, however, blackjack is another firm favourite and the game has created some of the world’s best film scenes. In this blog, we’re going to go through the greatest blackjack wins in movies that you should check out while you play online casino games.

Whether you play online slots, blackjack or poker, you’ll undoubtedly have watched the hilarious movie The Hangover. Gambling scenes don’t always have to be serious and The Hangover proves it. There’s a three-minute scene in the movie that is utterly hilarious as Alan tries to secure a win at the blackjack table. He has told the rest of the group that he had read books about blackjack and he will attempt to make the $80,000 that they need to pay off all the debt that they have incurred. What makes this scene so fun is watching Alan in an unusually intense mood, while a random equation graphic floats above his head.

Rain Man is probably one of the most iconic gambling movies of all time and the 1988 film has a memorable blackjack scene too. The emotions of this scene are conflicting, as it’s incredibly tense and also rewarding, however, there’s also the sense that we know Charlie is using his autistic brother Raymond as a way to count cards. Charlie needs to win the game to pay off his debts and in this intense and dramatic scene, he wins over $86,000.

There’s no one who loves a spot of live casino games as much as James Bond himself. While poker might be 007’s go-to game, there’s also an iconic blackjack win in Licence to Kill. Bond challenges the owner of the casino to an exquisite game of blackjack that has £250,000 up for grabs. It’s a beautifully shot sequence and the ever-relaxed Bond pips the casino owner to the cash.

Based on the true story of the MIT Blackjack Team, this 2008 movie has thrills around every corner. The whole movie revolves around the morale and ethics of card counting and other aspects in land-based casinos. It’s too difficult to choose a single scene from this movie, as every time the team enters a casino and walks out with a win is an event in itself. Every blackjack game in this movie gets the adrenaline pumping.

One Flew Over the Cuckoo’s Nest

One Flew Over the Cuckoo’s Nest, starring Jack Nicholson, is undoubtedly a cult classic film. The 1975 movie was a hit across the globe and the one scene that features blackjack is incredibly heartwarming. In the scene, Randle McMurphy (Nicholson) persuades the other patients at a mental hospital to play a game of blackjack. While the game itself probably wasn’t one of the best wins of all time, the scene showed that it’s a game for people from all walks of life and that’s a win to us.

Vegas Vacation is the fourth instalment in the Vacation movie series and it focuses on gambling in Las Vegas. The scene in question has a big loss involved but also an endearing win. Clark, the main character, loses $22,000 at the blackjack table, but at the climax of the scene when he loses his last two dollars, he is given a winning ticket from a new friend.

These are just some of the best blackjack wins in films and there’s plenty more out there. If you’re a fan of blackjack and other online casino games like online slots and poker, then Grosvenor Casinos have got you covered.

Register with Grosvenor Casinos for the ultimate online entertainment. 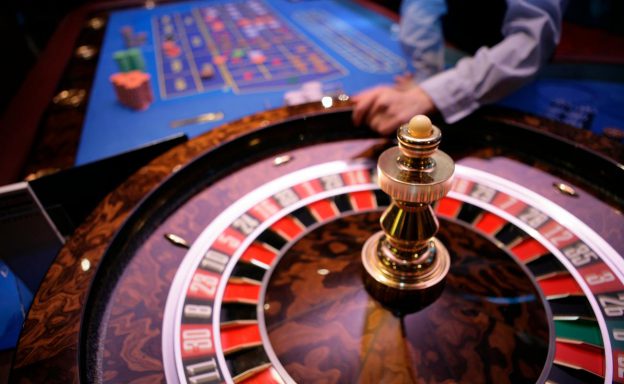