It’s no big news that I have learnt to manage a short stack pretty well over the years, it’s certainly one of my strengths in terms of poker skills.

Coupled with good patience, good observation skills and hand range knowledge, I have fought back in many tournaments from a short stack to cashing deep and achieving good results and of course never giving up, ever.  One vivid memory and example was from a few years back during the 2015 Goliath.  I executed short stack play and managed to ladder so effectively on the final table that I ended up securing the second place finish and over £46,000 – at the time, my biggest live tournament win. 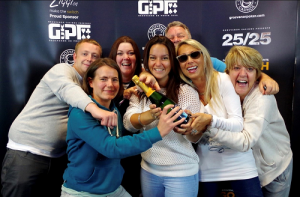 When we were four handed, it was one of the chip leaders that somewhat strangely suggested a deal to take £5,000 off the top prize and award it to the next out.  I was the shortest stack at the time, so it seemed a no-brainer to me and so with nothing to lose I almost gratefully agreed!  Top prize became £70,800 and meant the next person out locked up just over £25,000.  It almost felt like that he may have had a crystal ball, because unbelievably, that same player, swiftly busted after playing pretty loose and calling off his stack.  Luckily, I had managed to receive some of the chip donation before his departure when he called my all in (after having opening UTG) with 68 and my pocket JJ held.  Despite this double up, I was still last in chips when we went three handed, both Ryan Meager and the eventual winner Miikka Toikka had matching huge stacks of about 50 million and I had around 11 million for just 11 big blinds.

Position was pretty key, as it always is in any poker game.  I was fortunate to be on the direct left of Miikka.  He was undoubtedly the best player at the table and pretty much destroyed each of us with his aggression, skill and his natural ability to take advantage of the situation and keep perfectly composed during some fierce bluffs. All characteristics of a true champion. 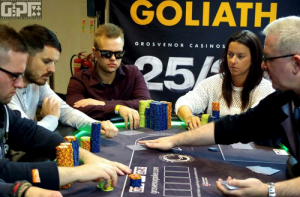 I decided to play fairly solid throughout and not to take any unnecessary risks, until we got three handed and after a double up the hand before and sitting second in chips, I decided to make a questionable call of Ryan’s pre flop shove with just Q10hh.  I had been pretty card dead, so on reflection I could have over valued the hand, but I was also extremely inexperienced of short handed play.  At the time my thought process was that I knew to have any kind of chance of winning I needed to go to heads up with a bigger stack than I had.  I felt it needed to be me that knocked Ryan out, rather than Miikka, as that would decrease the gap and difference in stacks. As it happened, Ryan’s pocket 33s flopped a set against my flush draw. Even though the turn brought more outs for my hand in the form of an open ended straight draw, unfortunately I couldn’t find one of them on the river and my stack was once again reduced to about 10 big blinds.

Back once again in familiar territory.  Without any panic, I was prepared to start the grind over again, however the next hand was about to change everything! I folded my button and Ryan announced all in and to my delight Miikka snap called with pocket KKs!  Ryan couldn’t find an Ace to put his AQ in front and he was eliminated in a shock. Just two rollercoaster hands and I was £17,000 richer!  That was the difference between 3rd place and second. 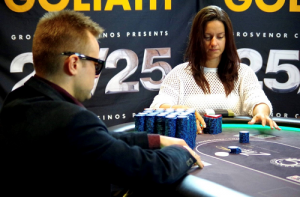 Heads up didn’t last long. Miikka gave me a walk the first hand and called my all in on the second. His ace high held against my KJ and it was all over and I wasn’t anything other than utterly elated!  My first ever Goliath experience and I had all but beat it to achieve my biggest live score!  My parents and sister were there and having been the original people to teach me the game, it genuinely was a shared dream for us all! 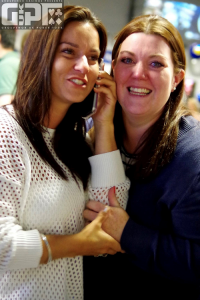 Multiple skill sets are required to be able to do well in any poker tournament. I like to think of these skills as a kind of ‘toolbox’.  There’s a situation to use each skill or ‘tool’, some we are naturally more comfortable with using or applying and others we may not use as often.  Each one has it’s purpose though and when used correctly the result can be extremely effective.  This coupled with of course a certain element of luck could result in you beating the competition and winning.

Understanding the basics, like the power of position, hand values and rankings are pretty quick to learn and apply.  These skills are used in every hand you play, so become automatic.  Some simple factors to consider are often overlooked, like; ‘Stack management’, ‘Bubble play’ or understanding ICM and laddering money jumps for example, yet they are so important.

Stack management is a skill where you are not only aware of what your current chip stack is, but what all the other player’s stacks at your table are too.  The correlation of all the stacks is what’s massively important:

Who has the big stacks and what position are they in relation to you on the table.

Who is short stacked and their position.

Where does your stack sit in relation to others.

How are the players playing each stack (passive, aggressive, tight, loose).

The reason you have to be acutely aware of stack sizes is because it affects decisions, plus the range of hands you will play and enter a pot with. Also what line you will take during hands.  As much as I was lucky in the sense of seat draw at the Goliath 2015 final table, it was only because I understood and applied stack management that I was able to make correct decisions with hands, like cold 4 betting AKo early on at the start of the final, or shoving all in over the top of the UTG raise with JJ in the small blind.

During the time of the bubble in any comp, chip leaders can take advantage of the unique situation raising more frequently and with a much wider hand range. The confidence comes from the protection that they can’t be eliminated if they lose a hand, whilst the shortest stacks are trying to claw their way to a min cash. It is around the bubble medium stacks often find they dwindle chips as they sit back comfortably trying to make the money. Big stacks increase their lead and distance is created between these two groups. Short stacks are usually all in pre flop and either double up or bust.

Being aware of when the bubble is approaching is recommended, so you can try to make sure your stack is healthy and able to withstand a long bubble. With around 10-15% of any tournament field making the money, the odds are stacked against you. Being observant, remaining patient and using your skill will give you the best possible chance of cashing and being a profitable player. 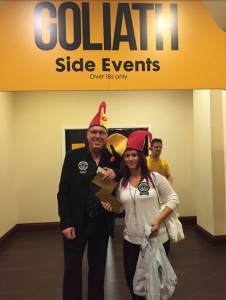 I’ll be returning to Goliath again this year, it’s one of my favourite festivals and obviously is close to my heart as it holds great memories. There’s a poker game to suit every player and every ability over eleven days, lots of side events, plenty of cash game action as well as the great atmosphere and general fun to be had. I’ll of course be aiming high and dreaming big, as always!  See you there.

Satellites to the Goliath are available on Grosvenorpoker.com 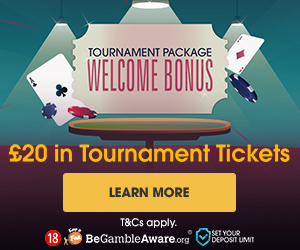