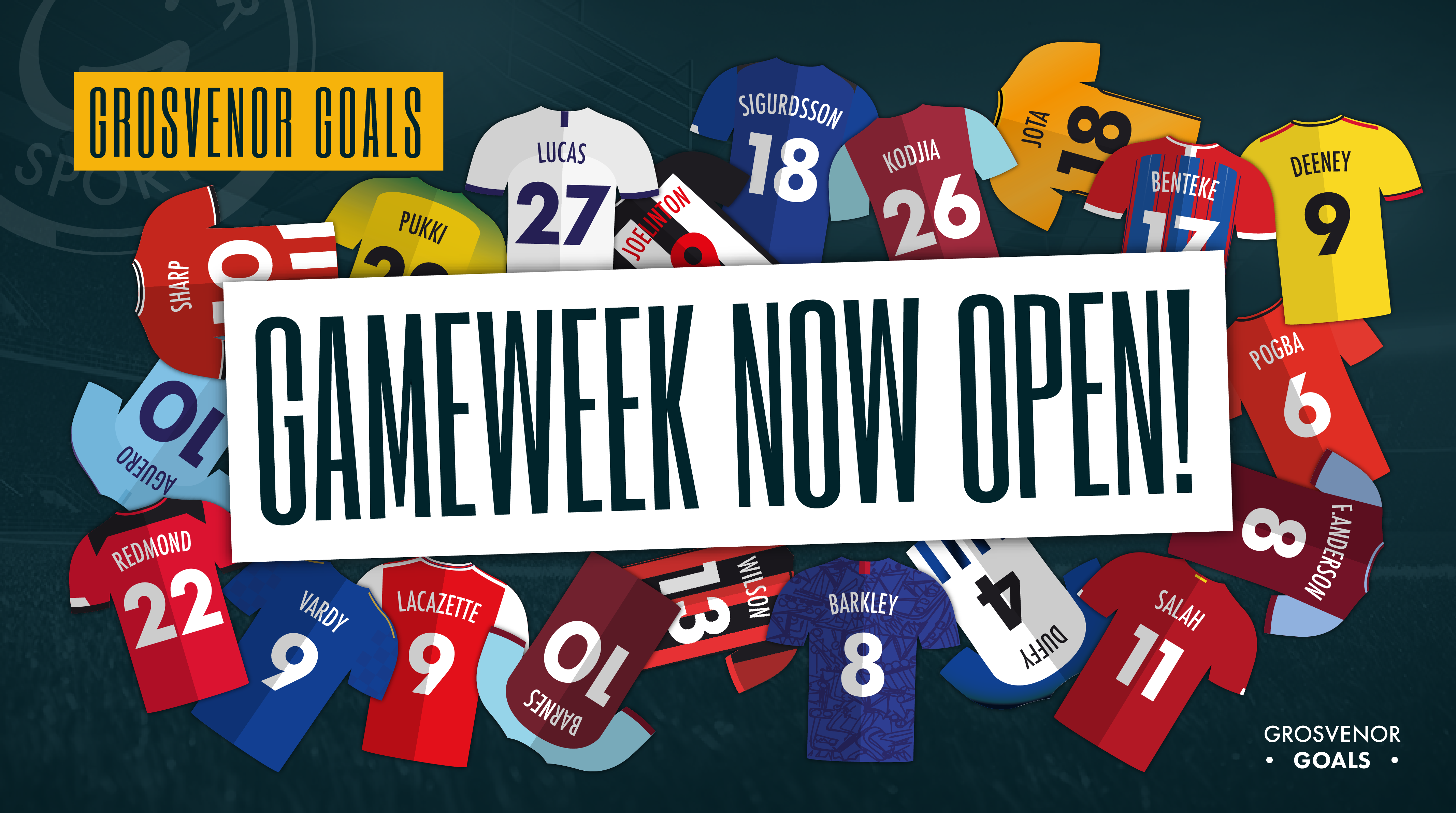 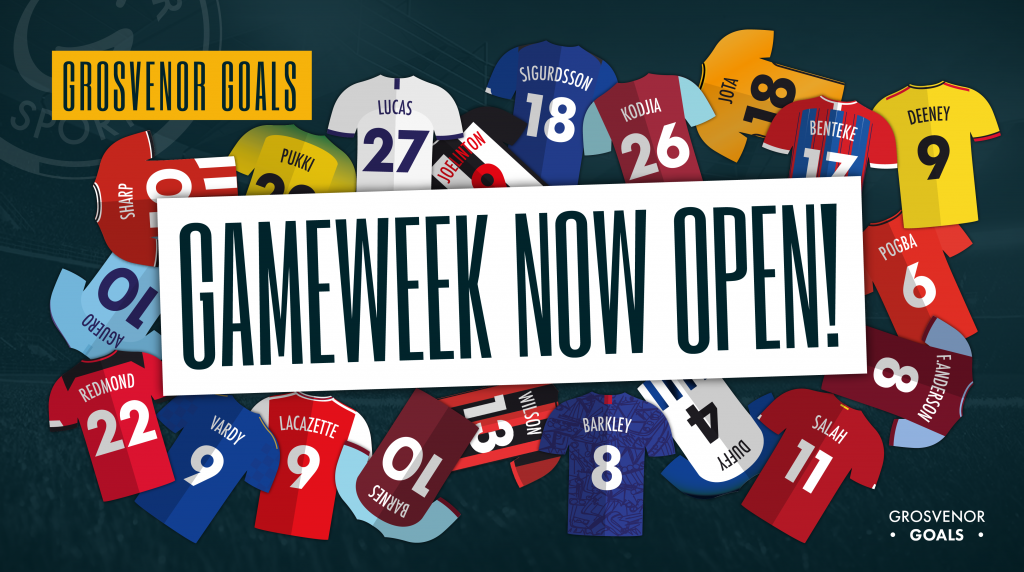 Grosvenor Goals has been given a brand-new look and is back for the 2019-20 football season.

Grosvenor Goals gives users the chance to win £1 million if their 10 chosen players are all first goal scorers in a given game week.

The free-to-play game offers £10k for anyone who predicts 10 anytime goal scorers from their selections, with a £10 free bet to those who successfully pick three or more first scorers each week.

Here are the picks for the tenth game week of the Grosvenor Goals season, which includes all this weekend’s Premier League fixtures and you can also take a look at our football betting odds.

Anthony Martial might have missed a penalty against Norwich last week, but the Frenchman also got himself on the scoresheet for the fourth time this season and his first in the Premier League since August. He’s been backed to break the deadlock at the Vitality Stadium against Bournemouth this weekend.

It hasn’t been a great few weeks for the Gunners, but in Pierre-Emerick Aubameyang they have a player who is never too far away from hitting the back of the net. The Gabon frontman is one goal away from his 50th for Arsenal, and we think he’ll grab the first goal in this Saturday’s match against Wolves at the Emirates.

Sadio Mane is on nine goals for the season, and his Liverpool side just seem to keep going and going. Mane has been an integral part of the current side, who are unbeaten in 28 games domestically. He’s one of Europe’s form strikers right now, and Villa will need to be wary of his threat on Saturday afternoon.

Neal Maupay is still finding his feet at Brighton since moving from Brentford in the summer, but he slotted away a penalty in the 3-2 win at the Amex over Everton last weekend and will fancy his chances against a Norwich side who haven’t won in five Premier League games.

Another Premier League game, another goal for Raheem Sterling last weekend. The prolific Englishman scored within a minute of the restart against Aston Villa last weekend, and he’s backed to do the same against Southampton this weekend, who travel to the Etihad for the second time in the space of four days this weekend. The City no.7 is after his 18th goal of the season against the Saints.

It hasn’t been a bad run of games for Chris Wood, who has netted four times in as many games for Burnley. There’s no denying the form of the New Zealander and he could get on the scoresheet once more this weekend against a Blades side who had to come from behind to take a point at the London Stadium last time out.

Sebastien Haller is another enjoying a fine spell at the moment, having scored four goals in his nine appearances for West Ham. He has great technical prowess for a big man and he will be looking to capitalise upon a Newcastle defence that has been more than leaky on a few occasions this season.

His deal may be expiring at the end of the season but the Brazilian veteran has insisted that he is content at Stamford Bridge. What better way to prove it than by notching his 54th Premier League goal for the Blues when they travel to Vicarage Road for Saturday’s late kick-off.

A goal here for Youri Tielemans means he will have scored in four consecutive games in all competitions for the Foxes, not to mention netting for Belgium just before that spell too. The 22-year-old will still be riding the high of his side’s 9-0 demolition of Southampton last week and a trip to Selhurst Park could prove another fruitful outing for him.

Having been shortlisted for the Ballon d’Or, Heung-Min Son will be keen to push on and continue proving that he deserves to be on it. He often is the most visibly frustrated player when Spurs fail to impress and it’s that passion that sees him continue to put the goals away. The visitors should take something here and you wouldn’t be surprised if Son is the man to help them do so.

Who will you pick? Let us know below, and play Grosvenor Goals for FREE!