Horse racing is one of very few sports in the UK where both males and females compete against each other and the sport can be used as an example to others in bridging the gap. Grosvenor casino is also a fan of horse racing… even offering a series of online sports betting options covering horse racing.

The UK has an abundance of top female jockeys who pit their wits against their male counterparts and in recent years the numbers have risen.

The likes of National Hunt jockeys Bryony Frost and Katie Walsh and Flat jockey Hayley Turner have blazed a trail for women in horse racing, while several up and coming youngsters have shown they can mix it at the top end of the sport and here we take you through just a few of the leading female jockeys.

Top Female Jockeys in the UK 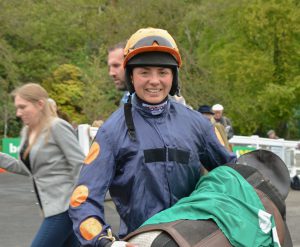 There was never much doubt that Bryony Frost would become a leading light in the sport, with her father, Jimmy, the 1989 Grand National Winner.

The 25-year-old became only the second female jockey to win a Grade One jumps race when she was first past the post on Black Corton at Kempton Park on Boxing Day 2017. 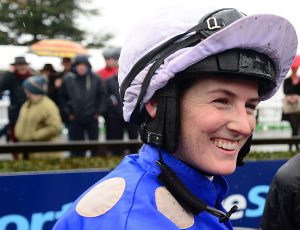 Blackmore is a jockey on the rise at the moment, and such has been her success so far this season she could become the first female champion jockey in Ireland.

She is currently just six wins behind Paul Townend, an old rival from their pony riding days, and has benefitted with some rides for leading Irish trainers Henry de Bromhead and Eddie O’Leary’s Gigginstown stud.

The 31-year-old is ahead of true greats like Ruby Walsh and Davy Russell in the race for the title, and though her rides at the Cheltenham Festival will not count towards the Irish championship, it could be a big few weeks.

Walsh has enjoyed plenty of success over the years, and you have to go back to 2003 for her first-ever race winner on Hannon in a meeting at Gowran Park and since then she has gone on to have plenty of memorable moments at the top of the sport.

Poker De Sivola and Thousand Stars gave her a Cheltenham Festival double in 2010 and she became the third female winner of the Irish National on Thunder and Roses. She retired in 2018.

Another history-maker, Carberry hails from a racing family.

Dabiroun gave her first taste of success at the Cheltenham Festival and she has recorded four Cross Country Handicap Chase victories at the Festival on Heads On the Ground (2007), Garde Champetre (2008 and 2009), and Josies Order (2016).

Carberry took time away from the sport to give birth to her daughter Rosie in 2017 and she retired on a high in April when winning on Josies Order on the final day of the Punchestown Festival.

Kelly created a little bit of history in 2015 by becoming the first woman to win a Grade One jumps race in Britain on Tea for Two.

She’s followed that with further Grade One success on the same horse by winning Europe’s richest handicap hurdle, the Betfair Hurdle on Agrapart at Newbury.

The 28-year-old became only the second woman to ride in the Cheltenham Gold Cup when on Tea for Two, before scooping a winner at the Cheltenham Festival in 2017 on Coo Star Sivola. 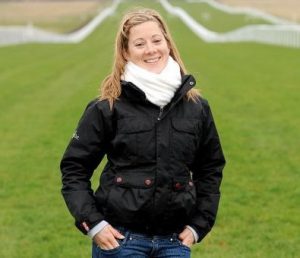 Turner has enjoyed plenty of success over the years and can be considered as the first female in the sport to sustain a professional career as a jockey.

In 2008 she became the first woman to ride 100 UK Flat winners during a calendar year, and though she retired from the sport in 2015, she made her return to the saddle earlier this year.

Her most notable winners are a Group One win on Dream Ahead in the July Cup at Newmarket in 2011, before following that up on Margot Did at the Ebor Meeting at York.

Gordon won her first big handicap race in the Victoria Cup at Ascot in 2017 on Fastnet Tempest.

2018 was another success story as she became only the second female jockey to ride 100 winners in a year.

Doyle is the youngest female jockey to be currently enjoying a successful campaign and picked up the biggest win of her career in 2017 on Billesdon Bess.

At the age of 25, she has already accrued 100 race winners and is set for a bright future in the sport.

Cheltenham Festival is one of the showpiece events of the jump racing season and several female jockeys have picked up notable victories.

Carberry became the first woman to win a race at the Festival in 18 years when on Dabiroun in the 2005 Fred Winter Handicap Hurdle, before taking victory a further four times at Cheltenham.

Walsh was first past the post twice back in 2010 in the County Hurdle and National Hunt Chase on Thousand Stars and Poker De Sivola respectively,

The winners haven’t stopped there though with Lizzie Kelly becoming the first female to win a Grade One race when on Coo Star Sivola in the Ultima Handicap Chase in 2015, while Gina Andrews won the Kim Muir in 2017 on Domesday Book and Frost replicated the feat in the Foxhunters aboard Pacha Du Polder.

In last year’s event, Walsh won the Champion Bumper on Relegate, Bridget Andrews was first home in the County Handicap Hurdle aboard Mohaayed and Harriet Tucker also won on Pacha Du Polder in the Foxhunters.

The likes of Blackmore and Frost are likely to have rides at this year’s Festival, with Blackmore set for a big Cheltenham Festival, with plenty of runners for both the Henry de Bromhead and Gigginstown yards.

The only confirmed starter ahead of the declarations is Kelly, who will ride Coo Star Sivola as the pair look to replicate their 2015 win in the Ultima Handicap Chase this year.

Take a look at all our ante-post markets for the Cheltenham Festival here.

Female jockeys in the Grand National

Seventeen female jockeys have lined up for the biggest horse race in the country – the Grand National.

There has been no female success in the Aintree race, but Walsh became the first woman to finish in the top three when on Seabass back in 2012, before  Frost’s fifth-place finish in this year’s spectacle on Milansbar.

Carberry and Walsh hold the record for a number of runs in the Grand National, having started in six races.

Led your horse to water but couldn’t make it drink? That’s okay. At Grosvenor Casinos, we have a whole host of sports betting options from horse racing to football and more for you to choose from.