Next up 6 to take on the unique deck of cards in Colin Murray’s 52 sponsored by Grosvenor Casinos is football legend, Chris Waddle.

During his playing days, Chris Waddle or ‘Magic Chris’ as he was known, was ‘widely acknowledged as one of the finest attacking midfielders in Europe’. His professional career spanned over 20 years where he played for clubs including Newcastle United, Tottenham Hotspur, Olympique de Marseille and Sheffield Wednesday. His career also saw him earn 62 caps for England, including appearances at the 1986 and 1990 FIFA World Cups.

In his five-card hand, Chris picked out the King of Hearts – “When was the last time you cried?”

Whilst admitting to crying at certain documentaries, Chris says the last time he properly cried was the semi-final game of the 1990 World Cup in Italy, where he missed THAT penalty against eventual tournament winners, West Germany.

Here, we relive the road to the Italia ‘90 semi-final by looking at England’s performances throughout the competition. 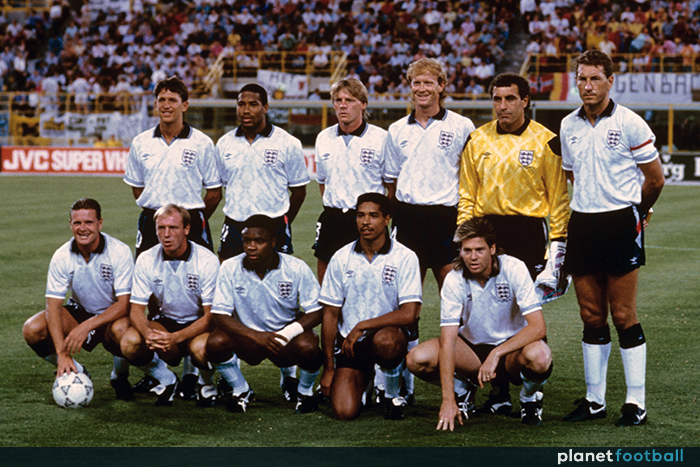 By winning three and drawing three, scoring ten goals and conceding none, England qualified as one of the best second-placed teams for Italia ’90, the second World Cup to be held in Italy.

The qualification saw the England squad, which along with Waddle, included names such as Bryan Robson, Paul Gascoigne and Gary Lineker, drawn in Group F of the tournament and were to face Egypt, Republic of Ireland and the then European Champions, the Netherlands.

England opened their tournament with a 1–1 draw against Ireland with an early goal scored by Gary Lineker before Ireland equalised in the 73rd minute, thanks to a goal from midfielder, Kevin Sheedy. This game was followed by a 0–0 draw against the Dutch, before England beat Egypt, 1-0, thanks Derby County’s Mark Wright, which secured England’s place in the knockout rounds. 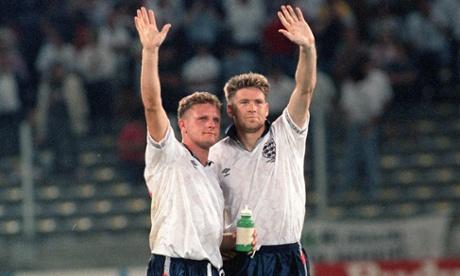 In the next round, England faced Belgium. The game went to extra time, and in the 119th minute, David Platt’s swivelling volley broke the stalemate to score the winning goal.

The quarter-finals saw England take on Cameroon where they also had to play extra time. Despite Cameroon’s heroics earlier in the tournament, David Platt put England ahead in the 25th minute. In the second half, the game was turned on its head during a five-minute stretch: first Cameroon were awarded a penalty to score the equaliser; then in the 65th minute, Cameroon scored again to put them ahead. Cameroon came within eight minutes of reaching the semi-finals before they conceded a penalty, which Gary Lineker converted. Midway through extra time, England were awarded another penalty and Lineker again scored from the spot. England were through to the semi-finals for the first time in 24 years since the days of Bobby Moore..

In the semi-finals, England met West Germany. It was 0-0 after 90 minutes, which made England the first team to have played extra time in three successive World Cup matches. There was no separating the two teams after extra time either, forcing England to face another penalty shoot-out to see which team would make the final.

Tensions were inevitably high and although England goalkeeper, Peter Shilton, dived the right way for every penalty, he was unable to make a single save. The German keeper, Olaf Thon saved England’s fourth, taken by Stuart Pearce. The German’s scored their fourth penalty which meant Waddle had to score England’s fifth penalty and hope that Shilton saved the Germans’ final shot. 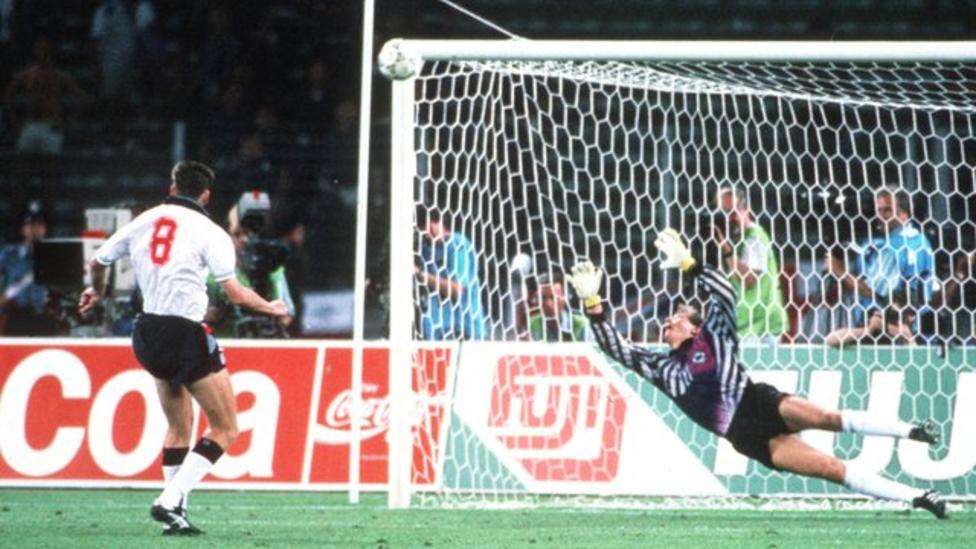 Waddle nonchalantly walked up to the penalty spot ready to place his kick but after striking the ball ‘too well’  he sent the ball high and wide over the crossbar which resulted in heartache for England and narrowly missing out on the final.

England eventually finished the World Cup in fourth place after losing to Italy in the third-place playoff.

It was England’s best finish since the 1966 World Cup and have since only been able to equal this result after again finishing fourth at the 2018 World Cup.

Episode Two of Colin Murray’s 52 with Chris Waddle is available to download and listen here on iTunes, Spotify and Deezer, to name but a few and don’t forget to subscribe to the podcast to be the first to hear the latest episodes as they go live.