Coins to cash to crypto: The evolution of money

From trading and bartering with livestock, vegetables and grain, to the advanced forms of payment we use today, the evolution of money goes hand-in-hand with humanity’s development.

The way we use money has changed and evolved along with our needs. These days the majority of us don’t have livestock to barter with, for example. Likewise, we doubt a farmer living in 500BC would have had much use for a contactless debit card!

Here at Grosvenor Casinos, we’ve taken a look back at the history and evolution of money. From its origins in ancient history, to modern day high-tech solutions, through to what the future holds for currency.

Before cash and coins ever came along, people used to barter goods with one another, trading any surplus goods they had for ones they needed. This practice is known to have taken place as far back as 9000BC, with bartering first being recorded in Ancient Egypt.

While the likes of grain and cattle would be common bartering items, because of their obvious usefulness, people would also trade things like shells and beads purely because they looked nice. 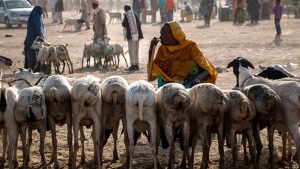 It’s hard for historians to know precisely when this bartering system evolved to using coins, but there is evidence of ancient societies across India, China and the Middle East using tokens to represent specific amounts of livestock or farm produce.

In China, around 1100BC, people began to use small bronze replicas of goods when trading, which evolved into rounded coins. Coastal regions around the Indian Ocean also began trading with shells around the same time.

For the first ‘official’ currency we have to fast-forward to 600BC, when King Alyattes of Lydia (now modern-day Turkey) minted the world’s first currency. It was a revolutionary change, and sparked widespread commerce across the Mediterranean as people were able to trade quicker and easier.

Coins became more widely used as the years went by, most notably the Florin – a gold coin minted in Florence, Italy. This was introduced in 1250 and was accepted across Europe, fuelling international trade and commerce. It was around the same time the Florin was being used that paper currency began to come into being. Cash has its origins in China, when Emperor Kublai Khan decided to do away with all the different forms of currency in circulation, in favour of one single paper currency.

Such a thing had never been thought of before, and explorers to the empire were in awe of the simple, lightweight, easily transportable new currency. One such explorer was Marco Polo. So shocked and impressed was he by this new form of currency, the Italian explorer wrote about it extensively and brought the concept back to his peers in Europe.

While cash was certainly popular, as businesses could mass produce it without relying on silver, gold and other materials, it took some time for the idea to really take off. It wasn’t until 1661 that the first bank notes were printed in Sweden. Cash and coins suited us for hundreds of years after that, but with new technologies came new opportunities. With the birth of the telegram, businesses were able to start transferring money electronically. It was industry powerhouse Western Union that pioneered the very first form of e-money – way back in 1860!

The world’s first credit card followed in 1946. Known as the ‘Charg-It’ card, this New York invention allowed people to charge payments to the Flatbush National Bank – as long as they were paying within a two-block radius of the bank itself. 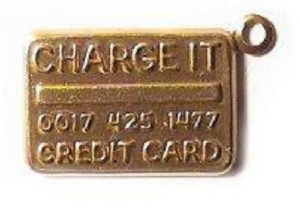 More advanced credit cards quickly followed, building up to the introduction of the contactless card. In the UK, contactless was launched in 2008 and changed the currency game once again (it certainly reduced time queuing at the bar!)

Looking to the future

So, what’s next for currency? Well, the rise of cryptocurrencies like Bitcoin give us a good indication of where we could be heading. With the demise of physical cash – accounting for only 30% of payments in the UK now – the possibilities for new forms of currency are endless.

Some experts predict that, rather than using one or two forms of currency (pounds and euros, for example) we’ll all actually move to using four or five currencies on a day-to-day basis. One could be a cryptocurrency, while others could be currencies you use with a specific shop or business. Whatever the future holds, we know currency will keep evolving as our needs and priorities change. But as long as we can still buy drinks on a Friday and do a bit of shopping at the weekend, we’ll be happy!

How do you think we’ll be spending money in the future? And what different currencies do you think we might have? Join the conversation in the comment section below.