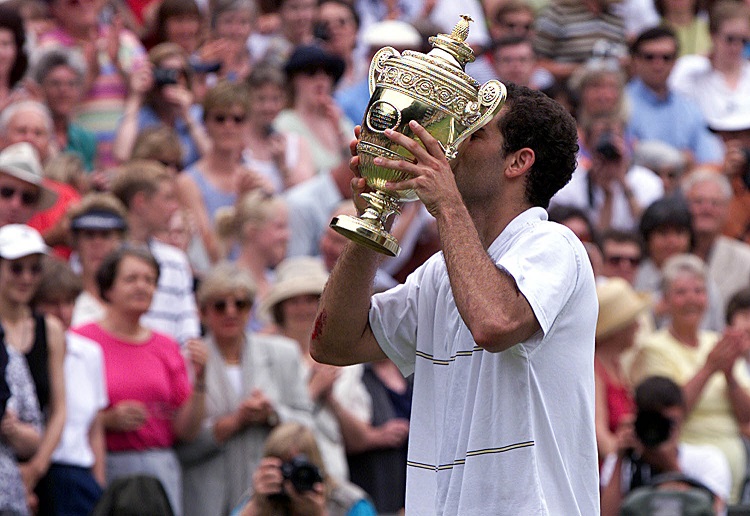 Wimbledon 2019 is well underway and there have already been plenty of shocks in both sides of the draw.

This year is the 132nd Wimbledon Championships since its inception in 1877, taking into consideration a 10-year absence because  of World War I and II.

There may be some new kids on the block, but in the men’s draw this year you cannot look past Roger Federer, Rafael Nadal and Novak Djokovic who led the Wimbledon betting.

Only twice Champion Andy Murray has broke their dominance, and you have to go back to 2002 to have another winner of the tournament – Lleyton Hewitt, who was also the last winner to come from outside the top eight seeds.

The ladies draw is a little more open, but there’s still the dominance of Serena Williams who has won the title on seven occasions, though hasn’t been victorious since 2016.

Who will be added to the winners list below in 2019? Take a look at all our tennis odds here.

Top Wimbledon players – Past and Present

A number of great players have  won the Championships over the years, and it has been tough to whittle them down to just five.

Roger Federer is chasing a ninth title this year and is 7/2 to do so this year , while Serena Williams continues to show why she is so dominant in the game, and she is 6/4 to life the crown.

Those two definitely deserve to be in the top-five, but see who else from the Open era makes the list?

What cannot be said about the Swiss legend?

Midway through the 2019 Wimbledon he became the player to have won more matches on grass than any other player in the Open era – apart from Jimmy Connors.

If he reaches the semi-finals, he will surpass the American’s record of 185 grass court victories, while also reaching 100 Wimbledon wins, and that is something which looks a nigh-on certainty.

The eight time champion first began his dominance in 2003, and only Rafael Nadal could stop him from winning six in a row.

Many thought he would be finished at the top-level but a 2017 triumph showed he is still a current great of the game.

Can he make it nine wins? It remains to be a seen. 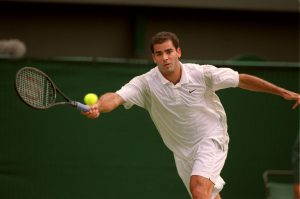 He may not have been the all-round class player that Rafael Nadal, Roger Federer and Novak Djokovic, but his record at Wimbledon is second to none.

Over the course of eight years, he won the title in SW19 seven times, and his only defeat came back in 1996 in a quart-final defeat to Richard Krajicek.

His first success was back in 1993 beating compatriot Andre Agassi, and followed that up with triumphs over Boris Becker, Jim Courier. His quality at Wimbledon is never in question, having won all seven finals in which he competed in. 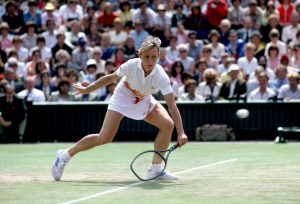 The winner of nine singles’ titles, she is undoubtedly the best female player to have graced the turf in SW19.

She won her first title as a 21-year-old Czech before changing nationalities and winning her last as an American at the age of 33.

Navratilova was a dominant force on grass and won her 1984 and 1986 titles without losing a set, and won six Wimbledon titles in succession from 1982 through to 1987.

On top of all that, she added seven women’s doubles titles and four mixed doubles crowns to her incredible tally of Wimbledon wins. 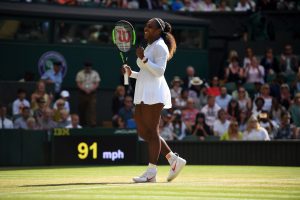 Williams is the only one who can potentially get anywhere near Navratilova’s number of Wimbledon titles.

The 37-year-old American currently has seven to her name, and is into the quarter-finals in a bid for her eighth this year.

She burst on to the Wimbledon scene when beating sister Venus in 2002 aged 20, and continues to dominate almost all before her, when she is fit and playing.

She is already the oldest woman to win a Grand Slam singles title, surpassing Navratilova in that record. 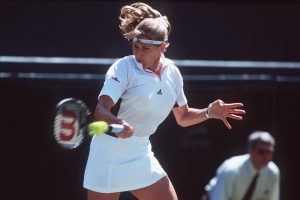 The winner of seven Wimbledon titles, Graf is definitely one of the best to have won Wimbledon over the years.

She was a mere 19-year-old when winning her first and had the unenviable task of defeating  Navratilova,  to claim the titles in 1988 and 1989.

Graf won all three Grand Slam events in which she competed for two successive years (1995 and 1996), and by the time she hung up her racket, she had a 7-2 record in Wimbledon finals – losing her first to Navratilova aged 18 and her last to Lindsey Davenport in 1999, aged 30.

If betting on the Wimbledon finals isn’t your thing, why not visit Grosvenor Casinos’ online sports betting page to discover alternative bets, game rules and our exclusive online bet calculator