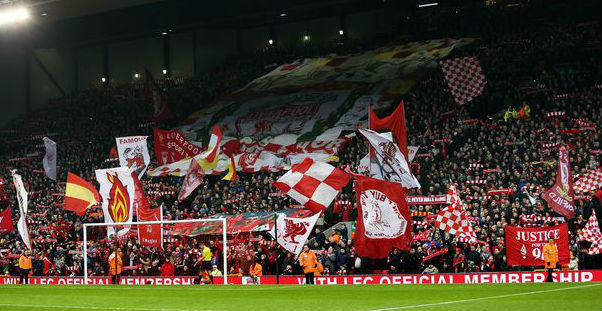 Liverpool have been involved in some of the greatest comebacks in European football history.

Check out our run through of the best from the Reds in recent memory.

An early summer’s evening was the scene of arguably one the greatest Champions League comebacks in recent history. Liverpool, trailing 3-0 from the first leg, following a Lionel Messi-inspired performance, hit the ground running in the seventh minute with Divock Origi scoring from close range.

A second-half quick-fire double in the space of 122 seconds from Georginio Wijnaldum, set up a frenetic final 30 minutes as both sides searched for a winner.

It was a moment of spontaneity that ultimately won the tie, with the decisive goal coming in the 79th minute following Trent Alexander-Arnold’s quick corner catching the Barcelona back four napping as Origi poked home, sending the Kop end into pure ecstasy.

A disappointing group campaign left the Reds requiring a healthy win in their final group game, Olympiakos being the visitors to Anfield.

A wayward ball in the 86th minute was cushioned perfectly by Mellor into the path of an onrushing and primed Steven Gerrard.

Anfield then momentarily stood still as Gerrard let rip from 25 yards sending the Liverpool faithful and the commentary box into euphoric chaos.

Following a 1–1 draw in the first leg, the tie was well poised as Borussia Dortmund paid visit to an atmospheric Anfield with the rendition of “You’ll Never Walk Alone” being echoed by both sets of supporters prior to kick off.

Early goals by Dortmund set the aggregate score line 3-1 in favour of the Germans and the tie looked over before the second leg had hardly begun. However, Liverpool rallied through second-half strikes from Phillippe Coutinho and Mamadou Sakho, leaving the aggregate score at 4–4 with just 13 minutes to play.

Up stepped an unlikely hero, centreback Dejan Lovren, who met a James Milner cross with a bullet header in the 91st minute sending Liverpool through to the semi-final.

Istanbul was the scene of arguably Liverpool’s greatest European comeback. The expectant Liverpool supporters saw their side get off to the worst start possible after Paolo Maldini turned home in the first minute.  A Hernan Crespo double before half-time then left Liverpool’s European dreams in tatters.

An inspired Gerrard provided the catalyst to Liverpool’s comeback, scoring a fantastic header in the 54th minute. Vladamir Smicer then squeezed a shot under Milan keeper Dida, only for Gerrard to be fouled in the box soon after. Up stepped Xabi Alonso, who fired the ball into the roof of the net from the rebound.

A cagey affair during extra time resulted in penalties, with Jerzy Dudek and his “Jelly Legs” saving the crucial penalty from Shevchenko completing the most unlikely of comebacks on the greatest stage of them all.