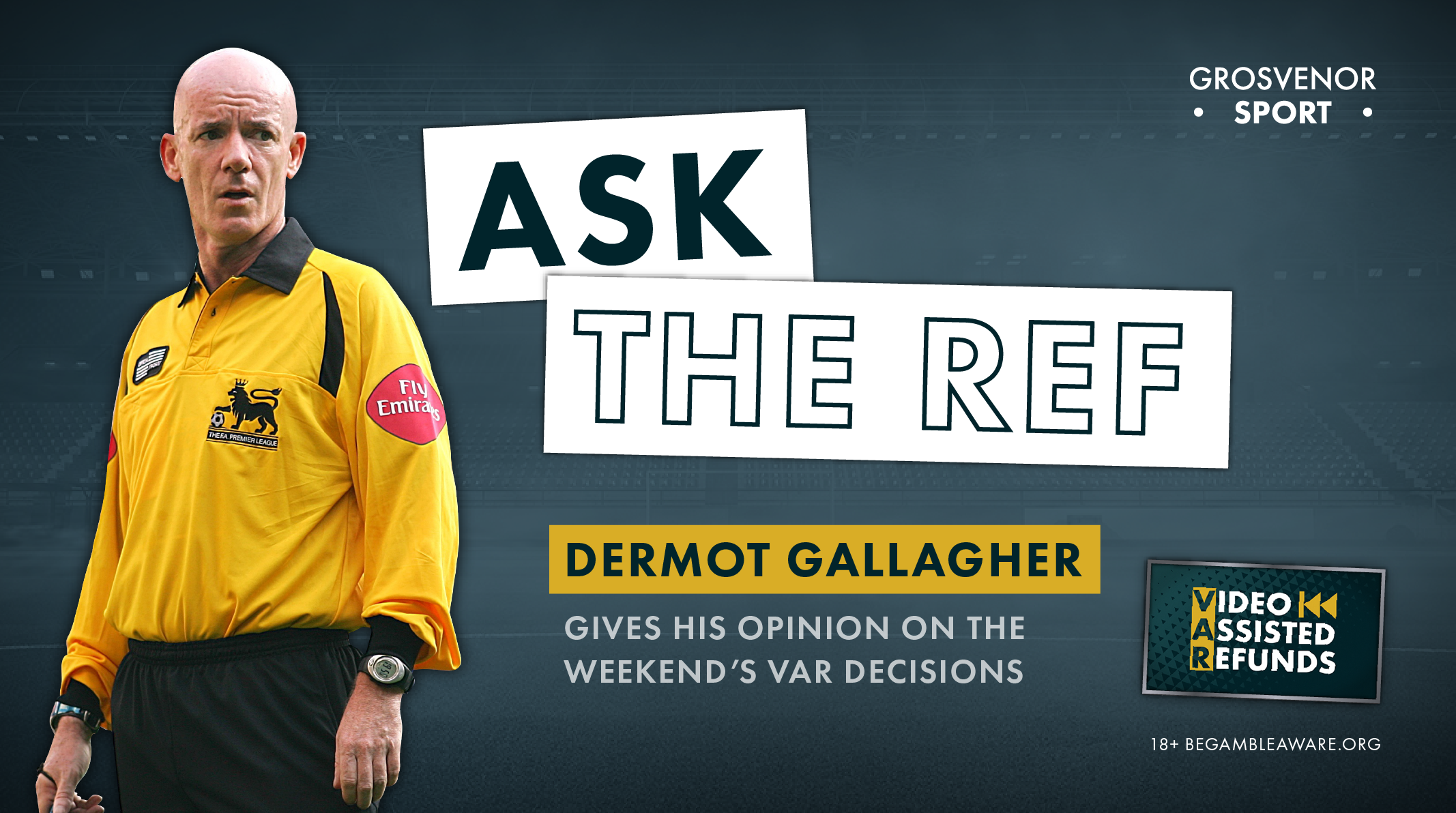 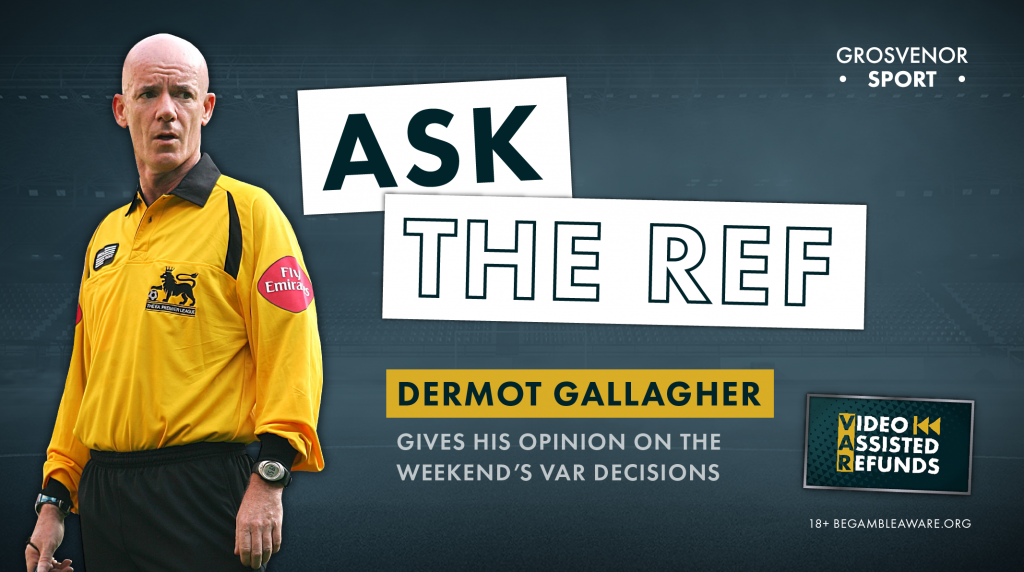 Grosvenor Sport have teamed up with ex Premier league referee and Sky Sports commentator Dermot Gallagher to give weekly insights into VAR decisions from the previous weekend of fixtures.

At 9 minutes into the game at Anfield Liverpool, Bournemouth player Callum Wilson wins the ball from Liverpool footballer Joe Gomez and can be argued he gives him a little nudge. The ball is transferred quickly forward and Wilson scores from a tight offside call. The Assistant referee Burt says its not offside.

VAR checks offside and Wilson is behind the ball and therefore onside. It then checks the attacking phase in build up and decides no foul.

Derm’s view: without doubt an excellent decision by Assistant Referee Burt to not give offside. The second decision re Wilson/Gomez is a subjective decision and is not a clear and obvious error by the referee and I think correct to remain with onfield decision.

78 minutes into the game at The Emirates Stadium Arsenal player Mesut Ozil was given offside when heading back to Alexander Lacazette who scores. A very tight call for the lines Woman Sian Massey-Ellis but VAR decides Ozil was played onside by Ogbonna and the goal was given.

Derm’s view : A very positive use of VAR. For Sian it’s understandable she flagged offside as Ozil’s movement looked to the naked eye to be offside. On review it was proved to be just onside and goal correctly awarded.

27 minutes into the game at St Mary’s Southampton Moussa Djenepo overruns the ball and in his haste to recover the ball he lunges and catches Newcastle player Isaac Hayden across the shin in a dangerous manner. Referee Scott awarded a free kick and yellow card on field.

VAR looked at the tackle and recommended the referee go to the pitch side screen. On doing so he realised the full nature of the challenge and upgraded the sanction to a red card. First class procedure in so much as the VAR recognised the severity of the challenge – at speed, point of contact and the likelihood to endanger the safety of an opponent – and the referee going to the screen and making the decision was widely accepted by all.

There was a second incident at 41 minutes in the game when Sofiane Bouffel leans into the ball in the penalty area. Referee plays on and Fernandez of Newcastle commits foul and receives yellow card. VAR looks at the penalty area incident and recommends the referee to go back and award penalty.

Derm’s view: Bouffel plays the ball deliberately with the top of his arm and the penalty award rightly given.

An interesting other note in this incident is that Fernandez’s yellow card is rescinded as the tackle came after the reviewed penalty and therefore null and void.

The first incident at Turf Moor on Saturday came at 13 minutes into the game, Dwight McNeill of Burnley attempts to cross ball which rebounds back and strikes him on his arm. He then crosses which is headed out by Spurs player Toby Alderweireld to Rodrigues. He shoots and the save by Tottenham keeper Lloris is spilled for Chris Wood of Burnley to follow up and score. VAR confirms goal.

Derm’s view: Wood is definitely onside so no problem there.

Under the new rule a goal is disallowed if the ball touches the hand or arm leading to the player scoring or setting up a colleague for a goal scoring opportunity.

McNeill was struck by the ball and clearly didn’t deliberately handle. Following this there was no immediate setting up of a goal as three further players touched the ball before Wood’s shot, including two opponents. Goal correctly awarded.

42 minutes into the game at Old Trafford Fred attacked into the City penalty area. He was challenged by Otamendi and ended up on the floor. Referee Mike Dean stopped play and cautioned Fred for simulation.

Var checked the incident and decided to stay with the onfield decision with the view although contact was made it was not a clear and obvious mistake.

Derm’s view: The only certainty in this situation is that it wasn’t an act of simulation as contact between opponents was made.

The next phase to decide is was a clear and obvious error made by the referee – only if this criteria is satisfied can an onfield judgement be changed.

The call is a subjective one and my view is it wasn’t a clear and obvious error and therefore the protocol does not allow an overrule.

This call fully explains how VAR will not satisfy everyone and can’t re-referee matches.

Without doubt it is a decision which will split viewers opinion and that alone explains why it isn’t clear and obvious.

The irony is that had the referee given a penalty the VAR would still have stuck with the referee’s onfield decision – subjective decisions will always be exactly that.

We’ll REFUND your losing stake in full, as CASH!