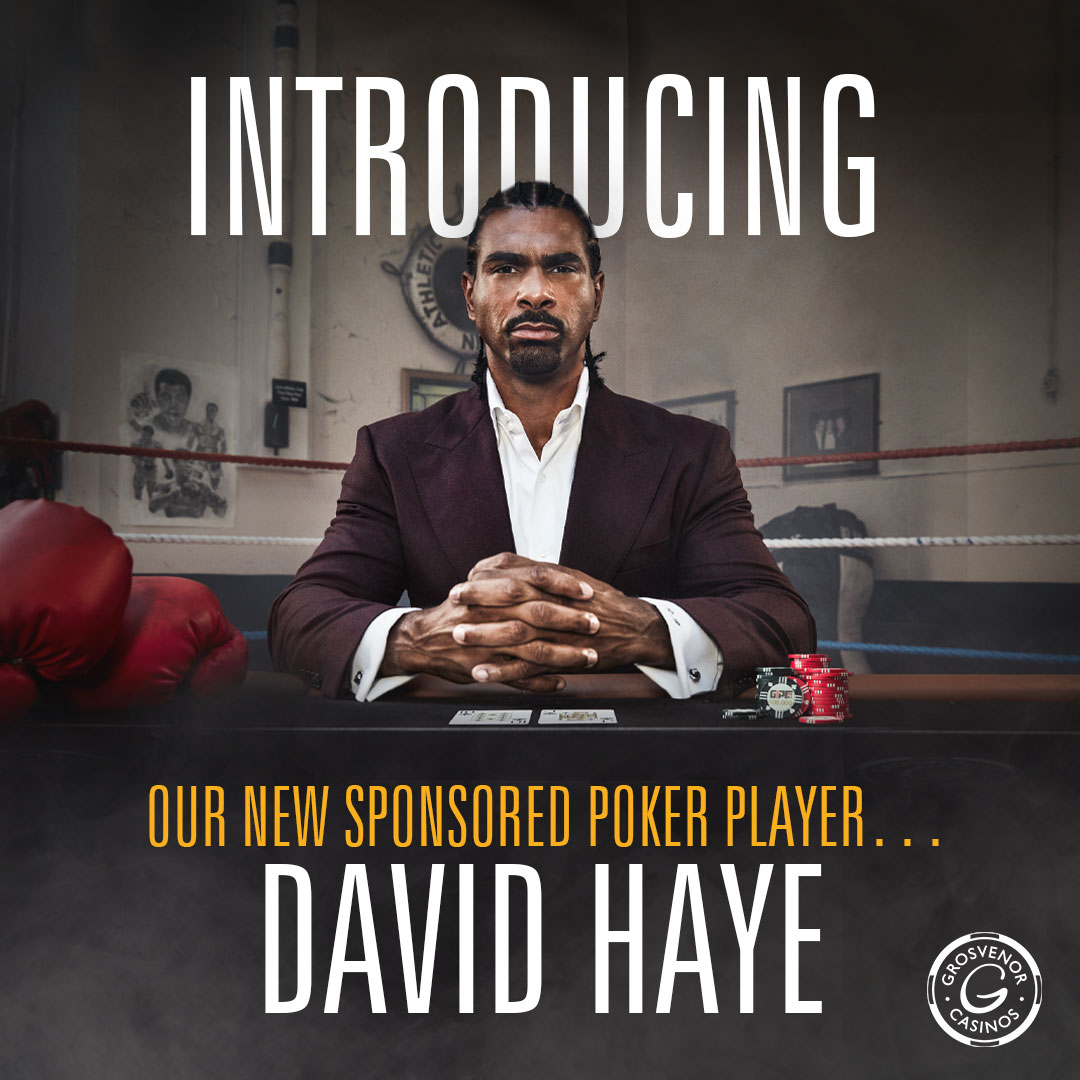 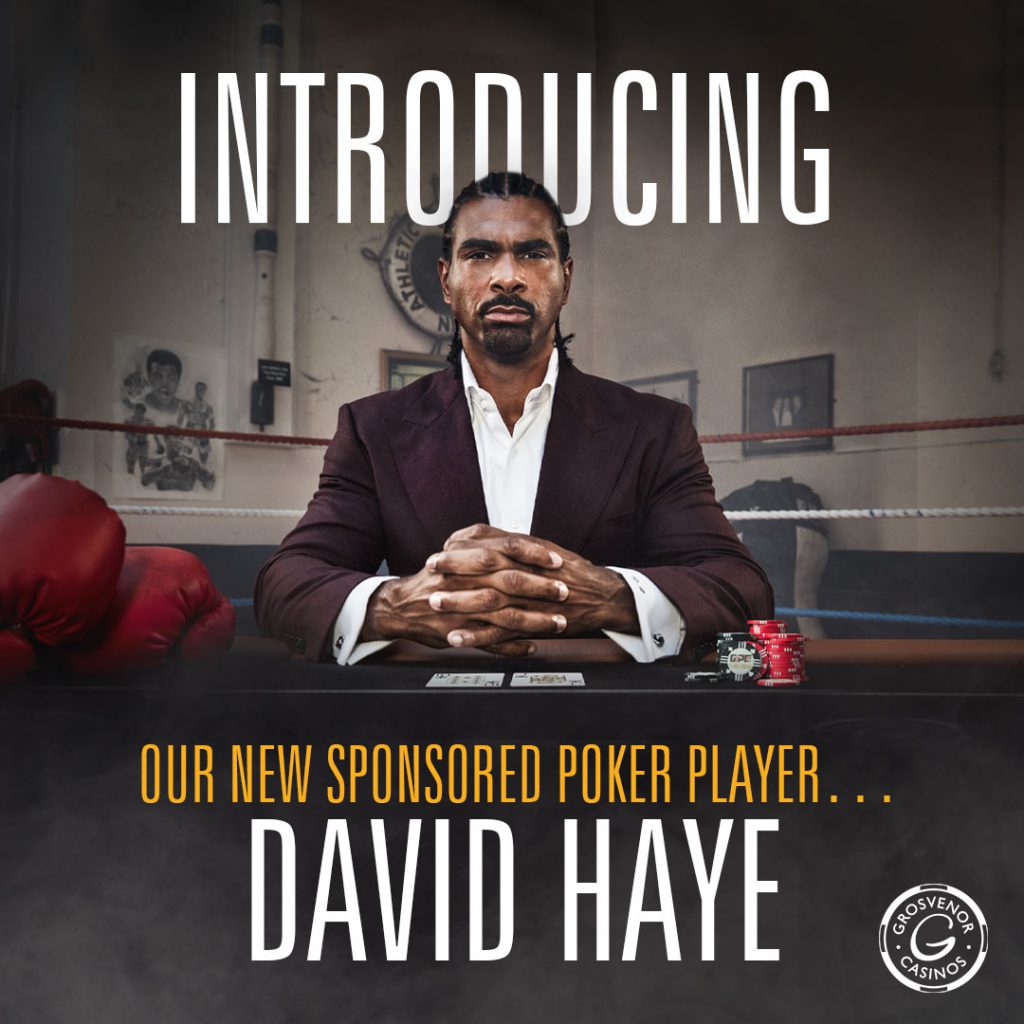 David, who won the respect of many in the poker community after his epic performance at Goliath 2019 which saw The Hayemaker finish 40th out of 9,300 players, will now join Grosvenor Casinos’ roster of professional poker players such as Joe Beevers, Jeff Kimber and Katie Swift.

The next stage in the former Unified World Cruiserweight and WBA World Heavyweight Boxing Champion’s poker journey will see him competing against amateur and professional poker players on the live and online circuit for the next 12 months.

David will compete in tournaments such as the iconic national online GUKPT and online 25/50 tournaments, in a bid to prepare himself for the next stage of his poker career and will also be launching a series of ‘Hayemaker Bounty’ tournaments in which players who enter can win a prize if they can knock The Hayemaker out. The first of three tournaments will kick off on 14 July at 8pm on the Grosvenor Poker website.

Ever the competitor and with unfinished business, a rematch between David and one of the world’s biggest live poker tournaments, Goliath, is also on the cards as he aims to deliver a knockout blow and win the online version of the tournament this summer.

Speaking about how it feels to sign up as a sponsored poker player, David Haye said: “Having competed against some of the world’s best poker players over the last 12 months, I feel ready to take the next step in my journey by becoming a sponsored poker player. To sit shoulder to shoulder with other players on Grosvenor Casinos’ roster is a great feeling, and I’m excited to continue to grow and test my ability on the circuit.”

Russell Tamplin, Head of Poker for Grosvenor Casinos, said: “There’s no doubting David has found a new passion for poker and now has the skills to back this up. Goliath is one of the most gruelling tournaments to compete in and David did himself proud last year.

“We’re looking forward to seeing that same determination and competitiveness that made him such a successful boxer being applied to his new role as a sponsored poker player. We’re all excited to see what he does next on the live and online circuit.”

David’s journey from complete novice to sponsored poker player has been captured in a new feature length fly on the wall documentary filmed over 12 months which charts the ups and downs of his journey to learn the skill and strategy of poker to compete in the world’s biggest live poker tournament outside of Las Vegas, Grosvenor Casinos’ Goliath 2019.

David vs Goliath is a true underdog story and is out now on Amazon Prime.

For more information on David versus Goliath and the upcoming Hayemaker Bounty tournaments please visit www.grosvenorcasinos.com