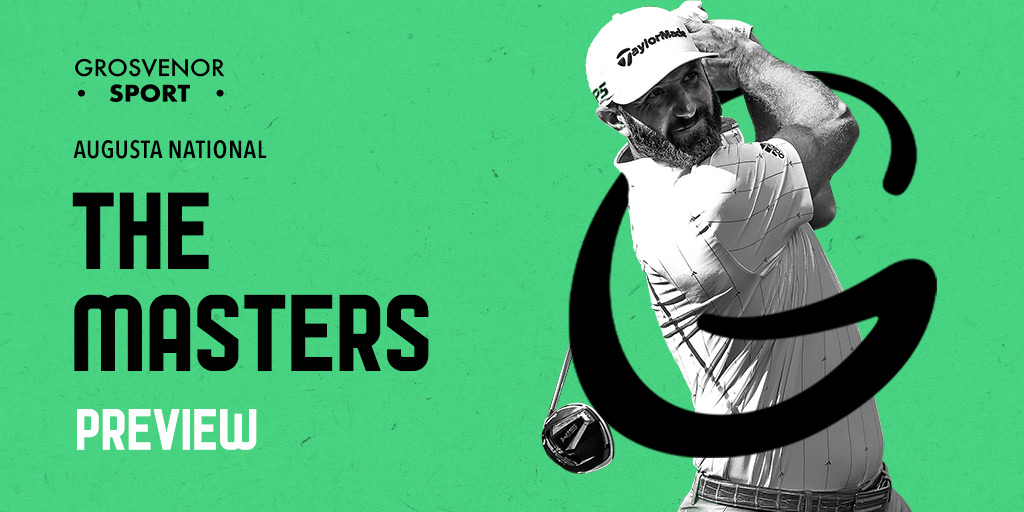 It’s hard to believe it’s been a year since Dustin Johnson marched towards the 18th green at Augusta, on his way to a record Masters score and a first Green Jacket…

OK, OK, we know. That was only in November, but the golfing calendar is back in sync and now we’re back in Georgia for another slice of major action.

So who are the contenders this year in our humble opinion? Read on…

We can’t ignore what happened just five months ago when Johnson absolutely cruised around August National, carding an all-time best 20-under-par for his first Masters win and his second major.

DJ has missed the cut just once here and he finished T6, T4, T10 and T2 before finally going one better last year. He’s 9/1 to repeat the feat and although there’s some much bigger odds to aim at, it’d be some surprise if Johnson isn’t in the mix on the final day.

Much like Johnson, Justin Thomas is improving steadily with his finishes at The Masters. In five years, he’s gone T39, T22, T17 and T12, before finishing fourth last year – setting the tone for another big effort from the World Number 2.

In March, the American fought off the likes of DeChambeau, Westwood and Casey to win the Players’ Championship, capping off an impressive first quarter of 2021. He’s 12/1 for the win.

The British challenge is relatively strong this year with Lee Westwood in good recent form, and Tyrrell Hatton and Tommy Fleetwood among the others more than capable of competing for honours.

But we’re fancying Fitzpatrick to give a strong account of himself at a nice price of 33/1. He’s enjoyed Augusta in the past, including finishing tied for seventh in a hard-fought 2016. After a rough start in 2019, he went 11-under-par for his next 54 holes – matching the efforts of eventual winner Tiger Woods.

Throw that in with his recent form which includes several top-10 finishes and a win in the DP World Tour Championship, and the 26-year-old has a fantastic chance of winning his first major.

Nothing too surprising about this choice, or our next one. Casey often finds himself in the hunt for majors, especially right here at The Masters.

Who else? The 2020 majors didn’t go to the plan for the Aussie, but he’s always a worthy shout at a big price – and this year you can find the Augusta expert at 66/1.

The Masters betting is available right now on Grosvenor Sport, with Outright Winner markets, First Round Leaders and more.

Grosvenor Sport are paying out SEVEN places on The 2021 Masters so get your selections in, and don’t miss out on our Early Bird Invitational offer…

Free Bets for any Round 1 birdies carded by your first THREE selections.